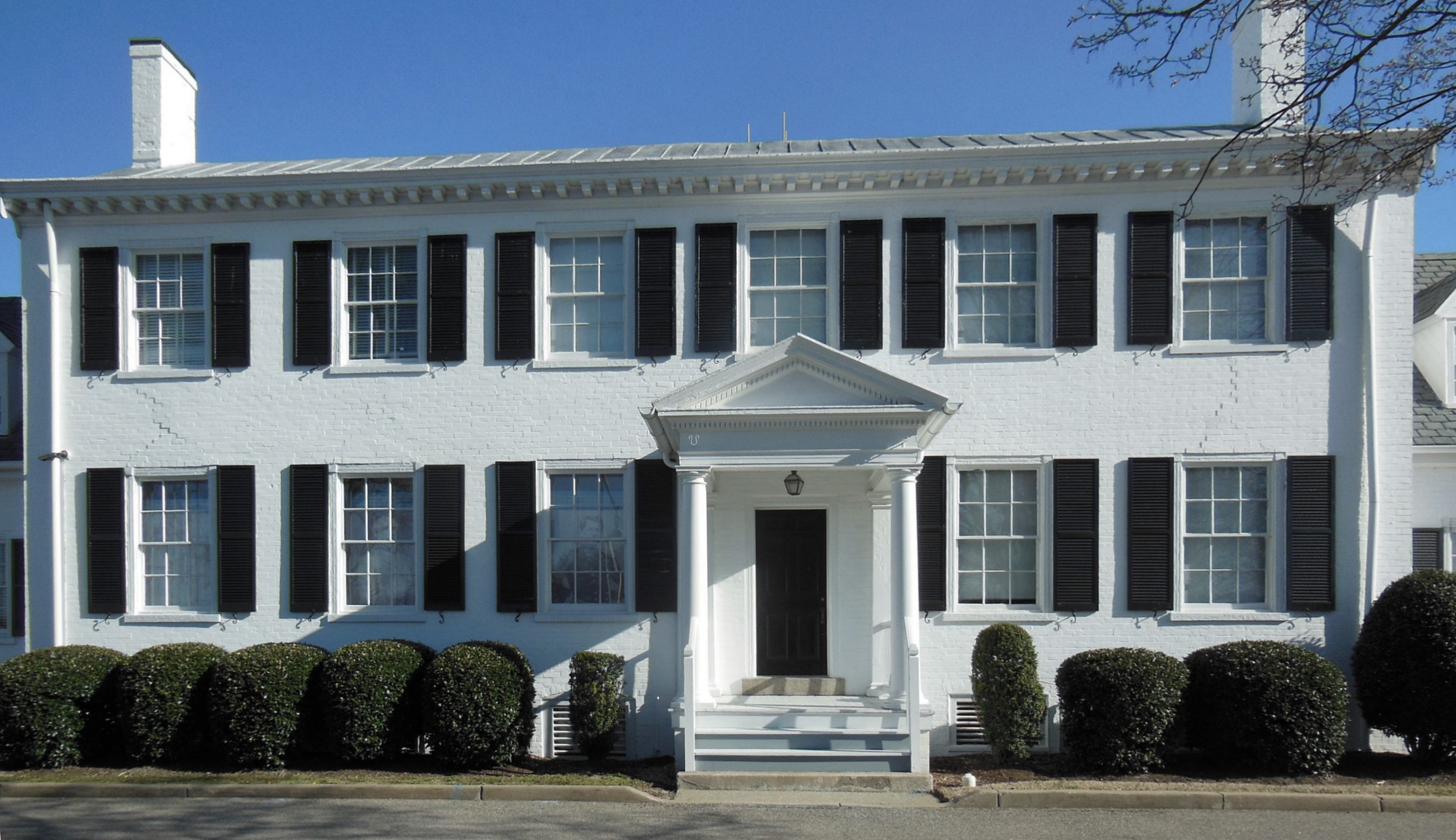 The Dabbs House in Henrico County has had a multi-use history. It began in 1820 as a two-story, three-bay, side- gable, side-passage-plan farmhouse (pictured above) known as High Meadow. During the Civil War and Union Gen. George B. McClellan’s Peninsula Campaign in 1862 to capture the Confederate capital of Richmond, Confederate Gen. Robert E. Lee headquartered at the Dabbs House, assuming command of the Confederate Army there after command passed from Gen. Joseph Johnston. Confederate President Jefferson Davis and cavalry commander Gen. J. E. B. Stuart visited Lee at Dabbs House, where a counsel of war also met to discuss the fate of Richmond, a meeting that culminated in the Seven Days Battle (June 25–July 1) and McClellan’s ultimate defeat. After the war, in 1883 Henrico County purchased the property for an almshouse for county paupers and inmates, closing it in 1924. In 1941, with partial funds from the Works Progress Administration, the county converted the property to offices and a police station. During the Cold War, in 1965 the county installed behind the house an underground emergency operations center—the first of its kind in Virginia built by a local government—that could be accessed from a rear addition of the Dabbs House. Since 2005, the house has functioned as a museum and visitor center. The architectural features of the building’s 1820s–1860s section and the ca. 1883, and 1941 and 1952 wing additions by noted area architect Edward F. Sinnott Sr., all still exhibit their period design and craftsmanship.