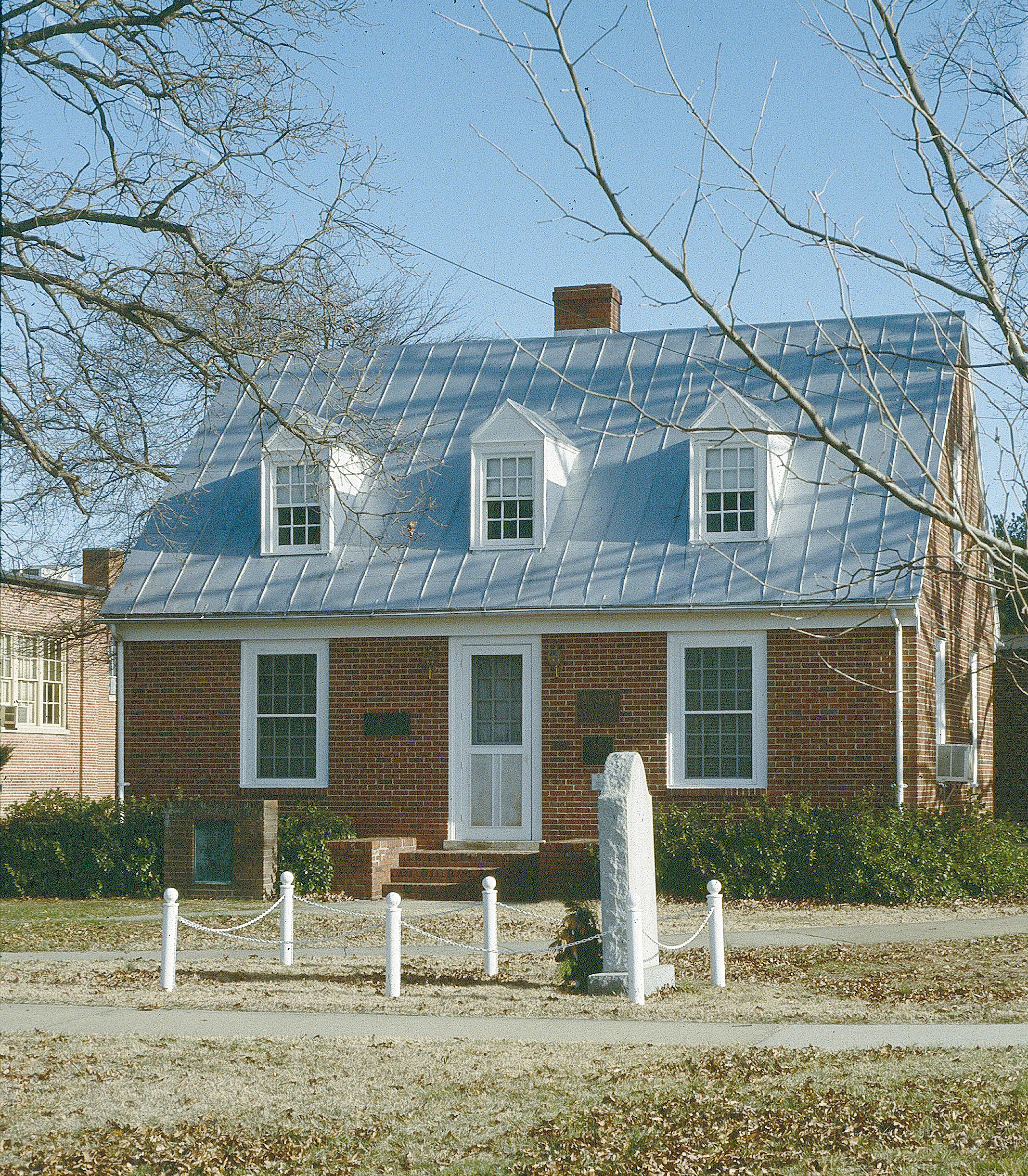 This brick cottage honors an African American woman who gained national repute as an educator. In 1908 Henrico County instructor Virginia Estell Randolph (1874-1958) was appointed the nation’s first Jeanes supervising industrial teacher. The Jeanes supervisor was the concept of a wealthy Philadelphian, Anna T. Jeanes, who established a fund to employ black supervisors for vocational training in the South. The program became institutionalized under the Negro Rural School Fund, and spread throughout the southern states and eventually abroad. Virginia Randolph thus became a model for thousands of teacher supervisors. Throughout her career she maintained an interest in Mountain Road School where she first worked in the 1890s. The school was reestablished as the Virginia Randolph Education Center in 1969, and the 1937 cottage where Ms. Randolph taught home economics and kept an office is now a museum honoring the distinguished educator, who is buried in front.