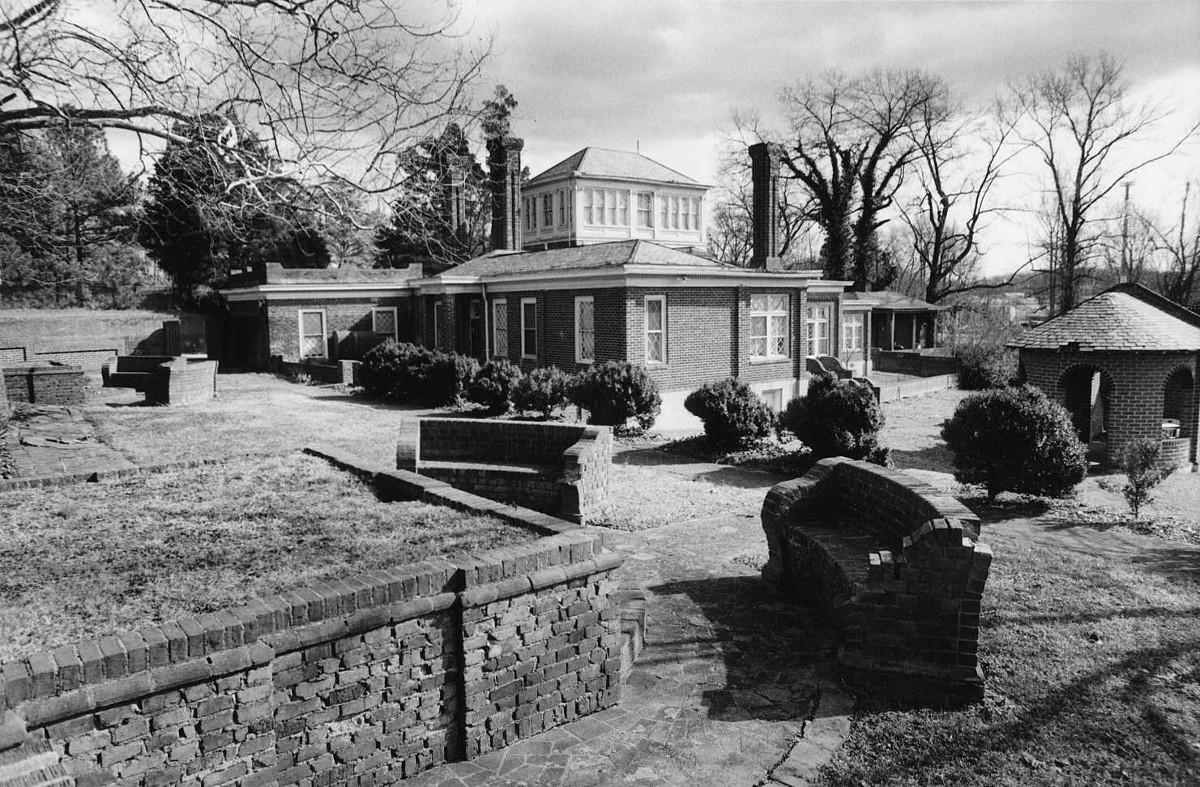 This singular complex was the creation of Edward Thurston Mankin, owner of E.T. Mankin, Inc., a brick manufacturing company. Constructed in 1924, the house, along with a landscaped garden defined by brick walks, walls, garden structures, and a profusion of brick details, presents a comprehensive essay in brick construction techniques. Both the sprawling house and ancillary structures display Mankin’s idiosyncratic interpretation of the Georgian Revival style, while the brickwork throughout the complex exhibits samples of Mankin’s bricks. Mankin’s brick factory was established in 1903 on a site south of the house, and operated until his death in 1951. The company supplied bricks for many Richmond buildings as well as for Colonial Williamsburg projects. The kilns were demolished in the 1960s but the house and grounds remain little changed.