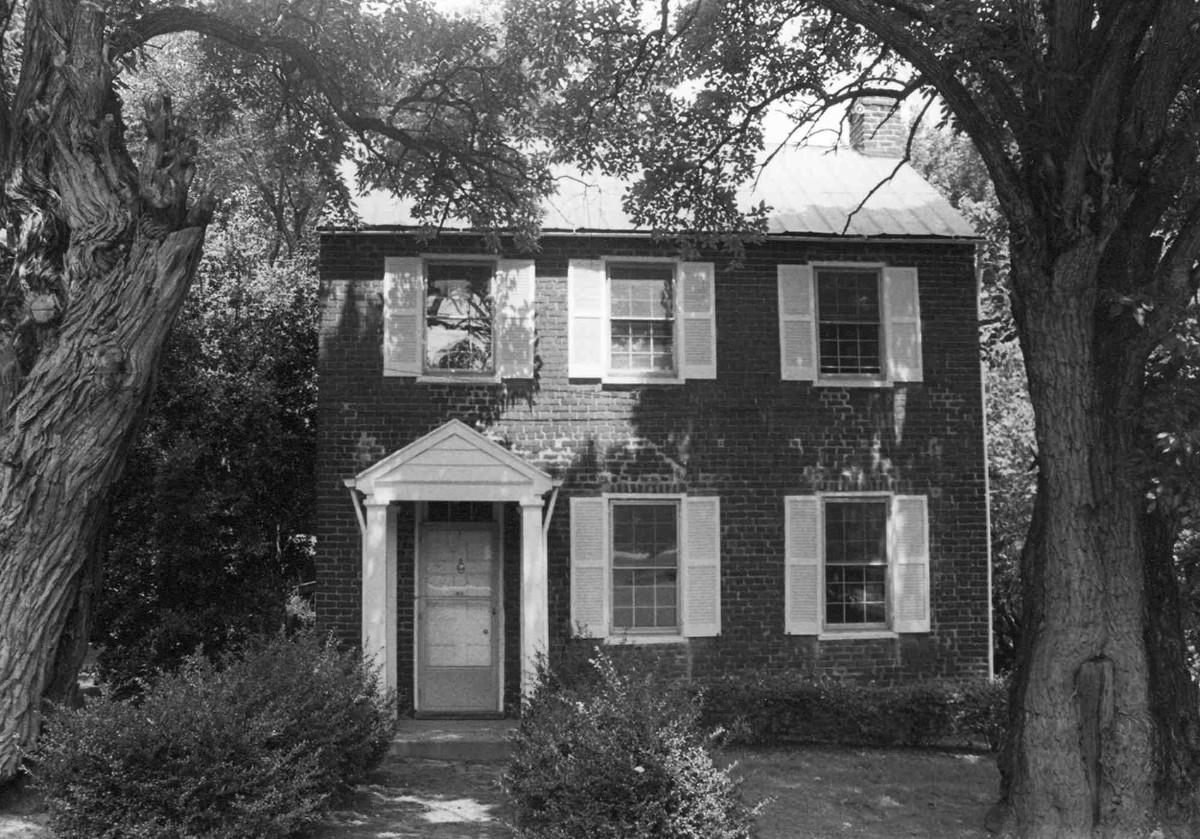 The Clarke-Palmore House is a two-story, three-bay brick dwelling constructed in two stages. It began as a one-and-one-half-story dwelling in 1819 and was raised to two full stories in 1855. A one-story frame rear addition with a wraparound porch was added in 1910. The present one-bay front porch is a mid-20th-century replacement of a Greek Revival-style full-width porch. Two significant brick outbuildings are adjacent to the main house. An early 19th-century kitchen was converted for use as a barn in the early 20th century, and a mid-19th-century smokehouse was converted into a pump house about the same time. The Clarke-Palmore House and its two outbuildings present an intact complex of 19th-century structures that retain the character of an early Henrico County family farm despite their suburban surroundings. The buildings also demonstrate the adaptation of structures over time for the changing needs of the occupants.