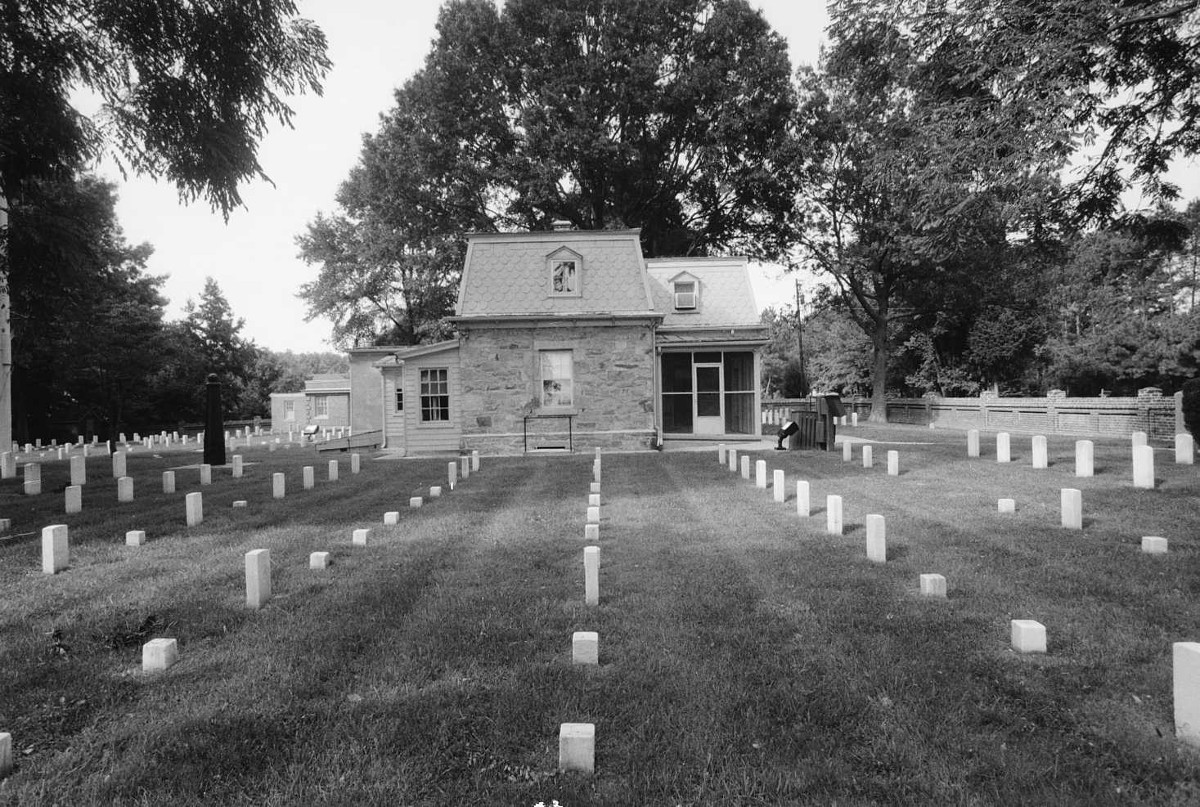 Taking its name from the nearby Confederate fortification, part of the Richmond defenses, Fort Harrison National Cemetery was established in May 1866. Of the 1,522 total interments, the majority of which are known and unknown Civil War dead, most were killed in the fighting around Richmond in 1964. One, Pvt. George A. Buchanan, of the 148th New York Infantry, fell on September 29, 1964 while attacking a Confederate Battery at Fort Harrison and was awarded the Medal of Honor posthumously. Four others died while prisoners of war. Many buried in the cemetery were soldiers of the United States Colored Troops. The Second Empire-style superintendent’s lodge was built in 1871 from a design by Quartermaster General Montgomery C. Meigs. The largest monument in the cemetery is a seacoast artillery tube set in a concrete base.