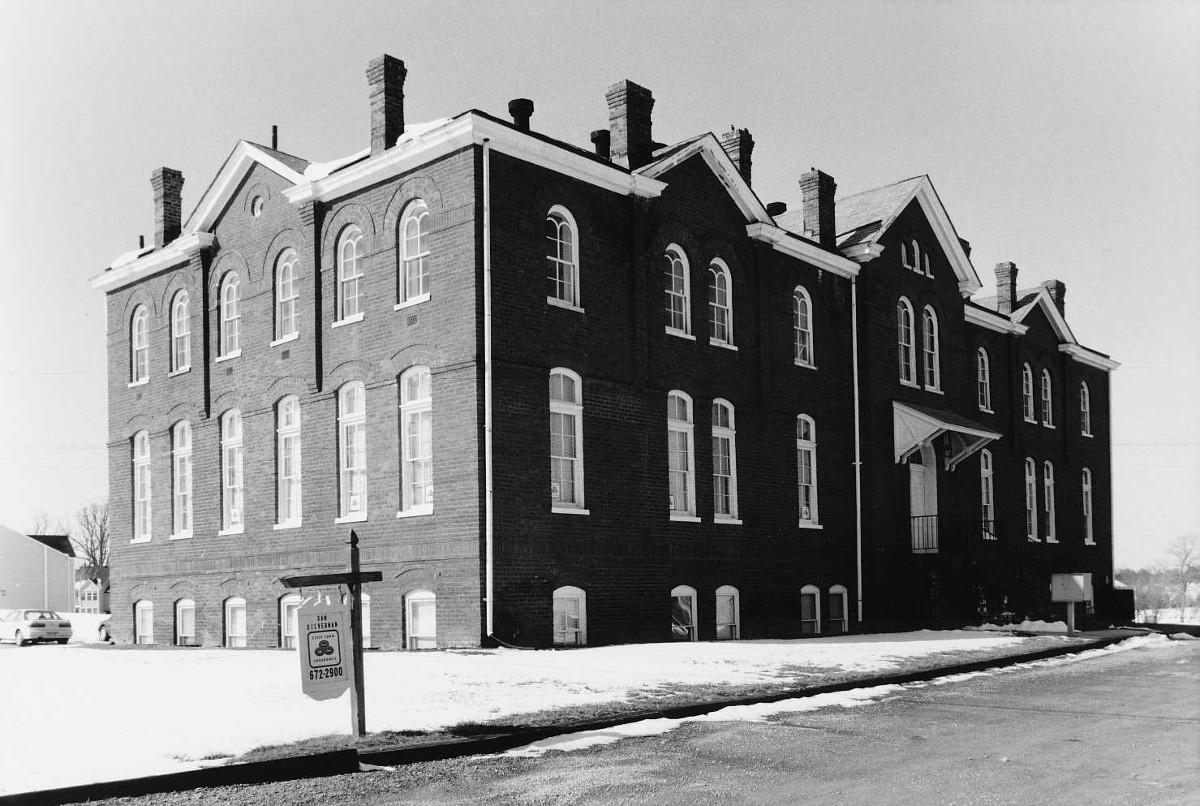 The Progressive Era’s spirit of reform is tangibly memorialized in the surviving buildings of the Laurel Industrial School. The Prison Association of Virginia, a group of private citizens seeking to reform the treatment of juvenile offenders, established this institution in 1892 as a model boys’ reformatory. Privately owned and administered, the school received state appropriations until the Commonwealth took control in 1920. The complex was sold to private owners when its functions were moved to Goochland County in 1932. In its heyday about 300 boys were housed here, attending classes and working in the shops or on the farm. The principal surviving structure of this high-minded effort is the 1896 Main Building, a Romanesque-style work recently rehabilitated for new use. Also remaining are the infirmary, the administration building, and the superintendent’s house, all relatively modest structures. The farmland has succumbed to modern development.