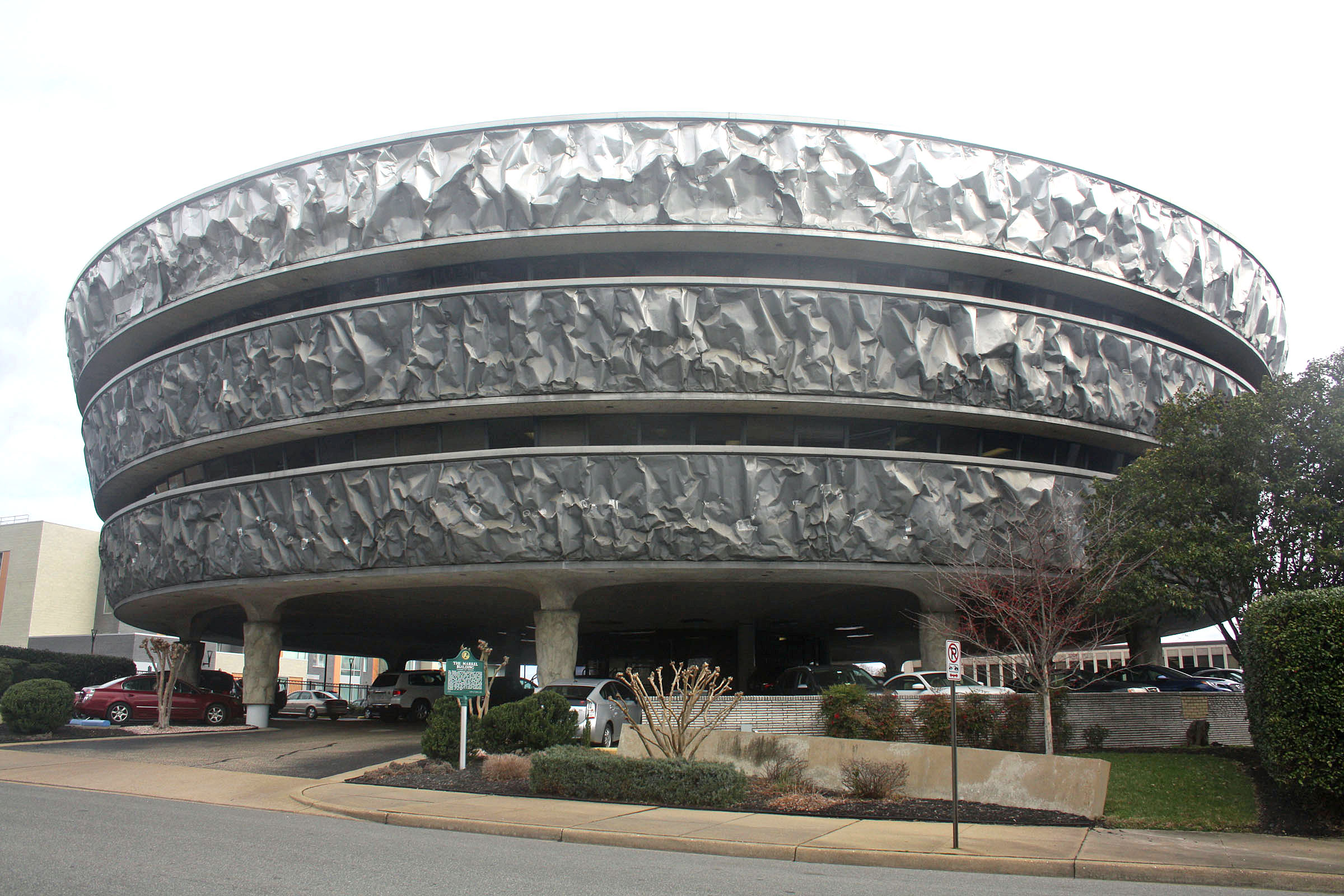 The Markel Building, a distinctive Richmond area landmark, is also one of the most unusual office buildings in Virginia. Designed in Neo-Expressionist style, the office building was commissioned by brothers Lewis and Irvin Markel of the Markel Insurance Corporation in 1964 and completed in 1966. For their ambitious project, the Markel brothers specifically chose controversial local architect Haigh Jamgochian because they sought an unusual, eye-catching building and had been impressed by Jamgochian’s previous design for an unbuilt but widely published Richmond apartment building known as “The Treehouse”. Jamgochian only had two of his designs ever built, of which the Markel Building is the only one extant; the other, known as the “Moon House,” was demolished in 2005. Clad in sheets of crimpled aluminum, the Markel Building rises three cantilevered stories above an open ground-level oval parking deck. The Markel Building still retained much of its material integrity at the time of listing in the registers, although original interior doors have been replaced.