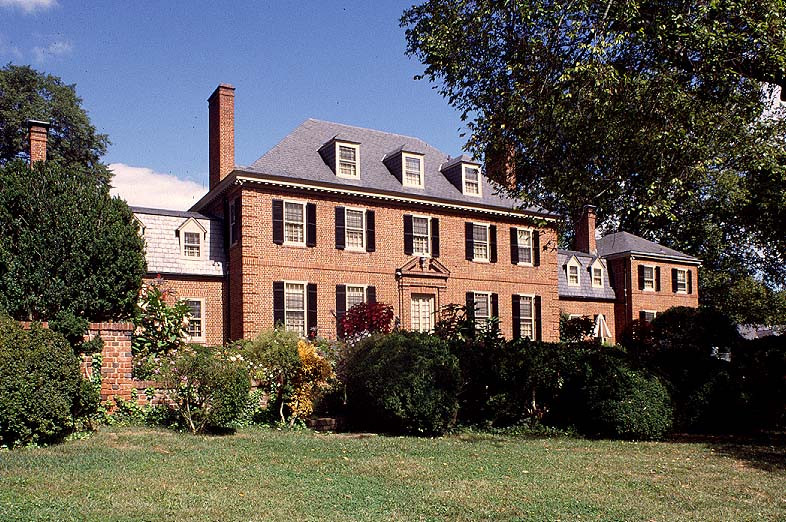 One of the great Georgian Revival country houses of early 20th-century Virginia, Redesdale was built in Henrico County in 1925-26, to a design by architect William Lawrence Bottomley, for tobacco executive Leslie H. Reed and his wife Helen. The house’s five-part brick design, with a main block connected to flanking wings by hyphens, is reminiscent of Virginia landmarks such as the circa-1730 Westover home of William Byrd II, in Charles City County, and the 1750-55 Carter’s Grove, in James City County. Redesdale’s interior is characterized by fine colonial-inspired wood-work and a grand curving entrance stair. The parklike grounds include a garden terrace and walled garden designed by Charles Gillette when the current house was built, as well as two brick slave quarters—one since converted to a garage—from the antebellum plantation that preceded the Bottomley house. Redesdale stands as an unrivaled example of collaboration between two of the most influential Virginia architectural and landscape practitioners of the Colonial Revival movement.