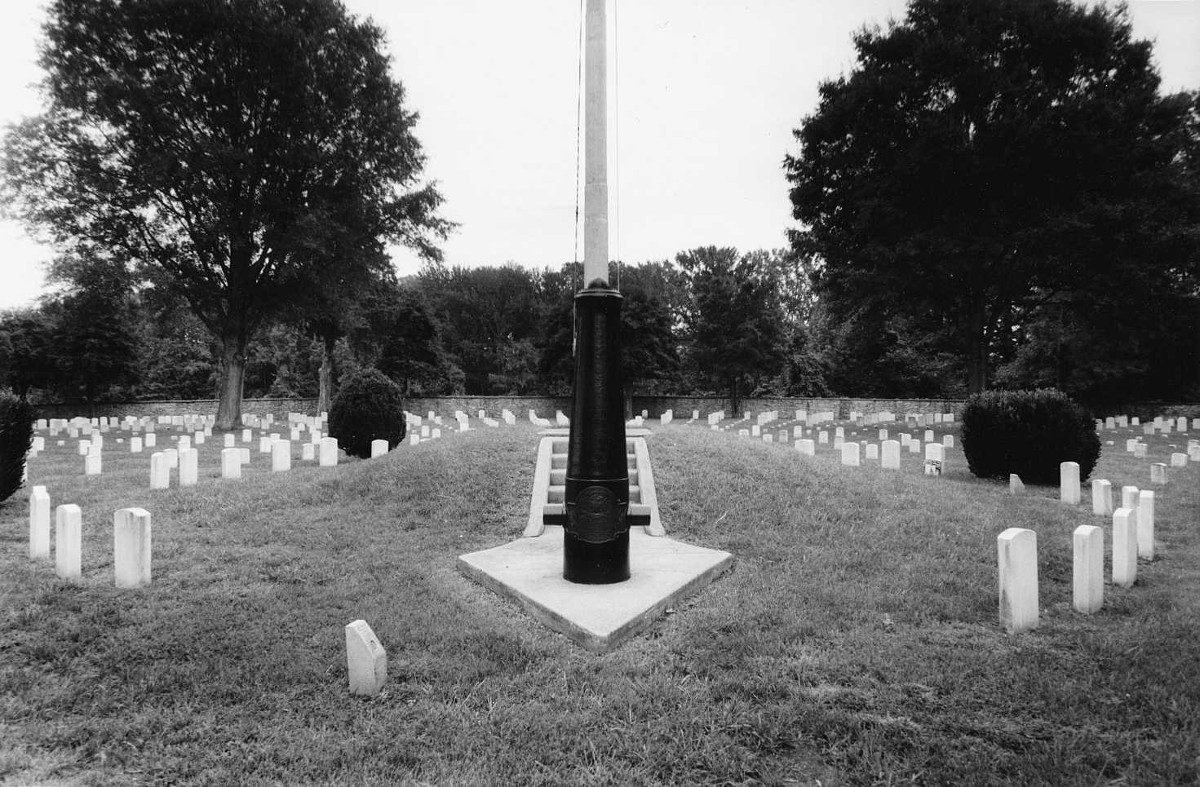 Glendale National Cemetery, established on July 14, 1866, contains 2,000 casketed remains of United States soldiers, most of whom were killed during the closing hours of the Seven Days’ campaign. The campaign included the battles of Glendale, White Oak Swamp, and Malvern Hill, which occurred June 30-July 1, 1862. After the war the soldiers’ remains were collected from their shallow battlefield graves and reinterred both here and at other cemeteries. Quartermaster General Montgomery C. Meigs designed the superintendent’s quarters, or lodge, in the Second Empire style; it was constructed in 1874.