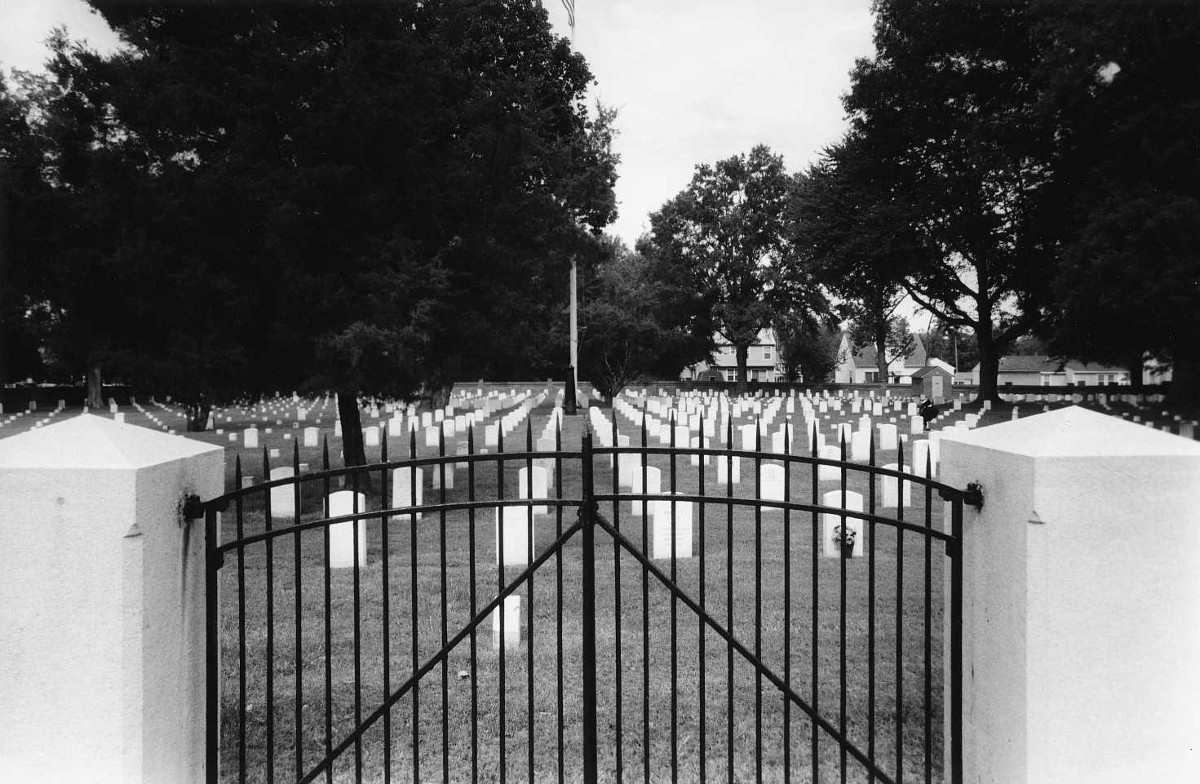 Although the Seven Pines National Cemetery is located on the 1862 battlefield of the same name, most of the nearly 1,400 Union soldiers buried here were moved from graves at Savage’s Station and other locations within a four-mile radius of the cemetery. The cemetery was established on June 27, 1866; the frame superintendent’s lodge built that year was replaced in 1874 by one in the Second Empire style from a design by Quartermaster General Montgomery C. Meigs. Seven Pines National Cemetery preserves part of the battlefield on which Gen. Robert E. Lee took command of the Army of Northern Virginia on June 1, 1862.