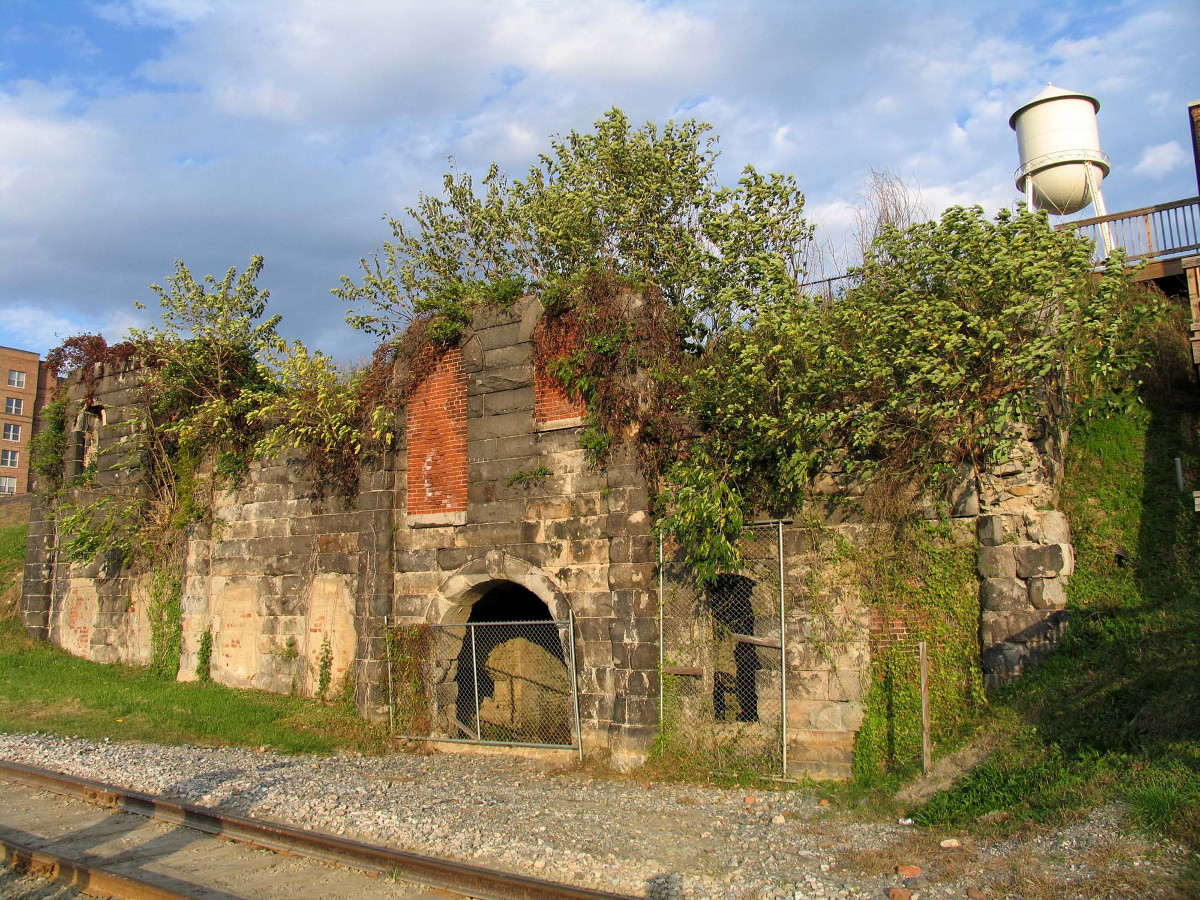 The James River Steam Brewery Cellars are the sole surviving remnant of the James River Steam Brewery, which operated from 1866 to 1879. Built shortly before the advent of mechanical refrigeration, the cellars consist of arched tunnels with stone foundations and end walls, and brick piers and vaults. The largest tunnel is 146-feet long and 10- to 17-feet wide. The cellars served as the belowground storage and fermentation space for the five-story James River Steam Brewery building, destroyed by fire in 1891. The brewery was affiliated with the Eagle Brewery of Pottsville, PA, now known as Yuengling Brewery, considered to be the oldest continuously operating brewery in the U.S.