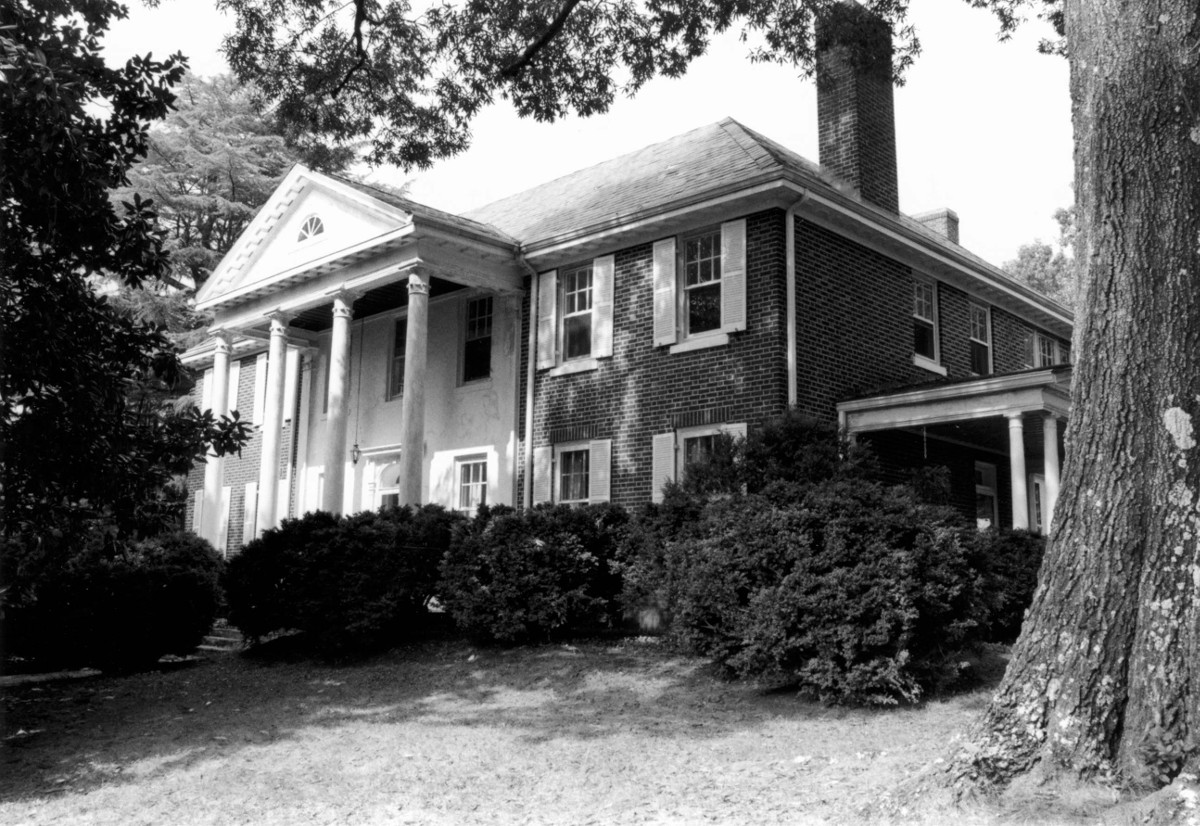 The R. L. Stone House overlooks downtown Bassett, near Martinsville, and the Bassett furniture complex, the company that Stone co-founded. He purchased the land for the home in 1930, the same year that Bassett Furniture Company and its subsidiaries transformed into the furniture conglomerate of Bassett Furniture Industries, Inc. The house, which is dominated by a full-height entry porch with a classical pediment featuring Egyptian papyrus-style capitals atop its columns, represents the success of both Stone and his company, one of America’s most important and largest furniture companies of the 20th century. Because of the role of Bassett Furniture in the growth of the town, R. L. Stone was an eminent leader in the community, especially during the 1930s and ‘40s. While it is uncertain who specifically was the architect and builder of the Stone House, Stone likely influenced its design, as he was the most prominent builder in Bassett at that time. He lived in the house until his death in 1948, and the house remained in the Stone family until 2005.