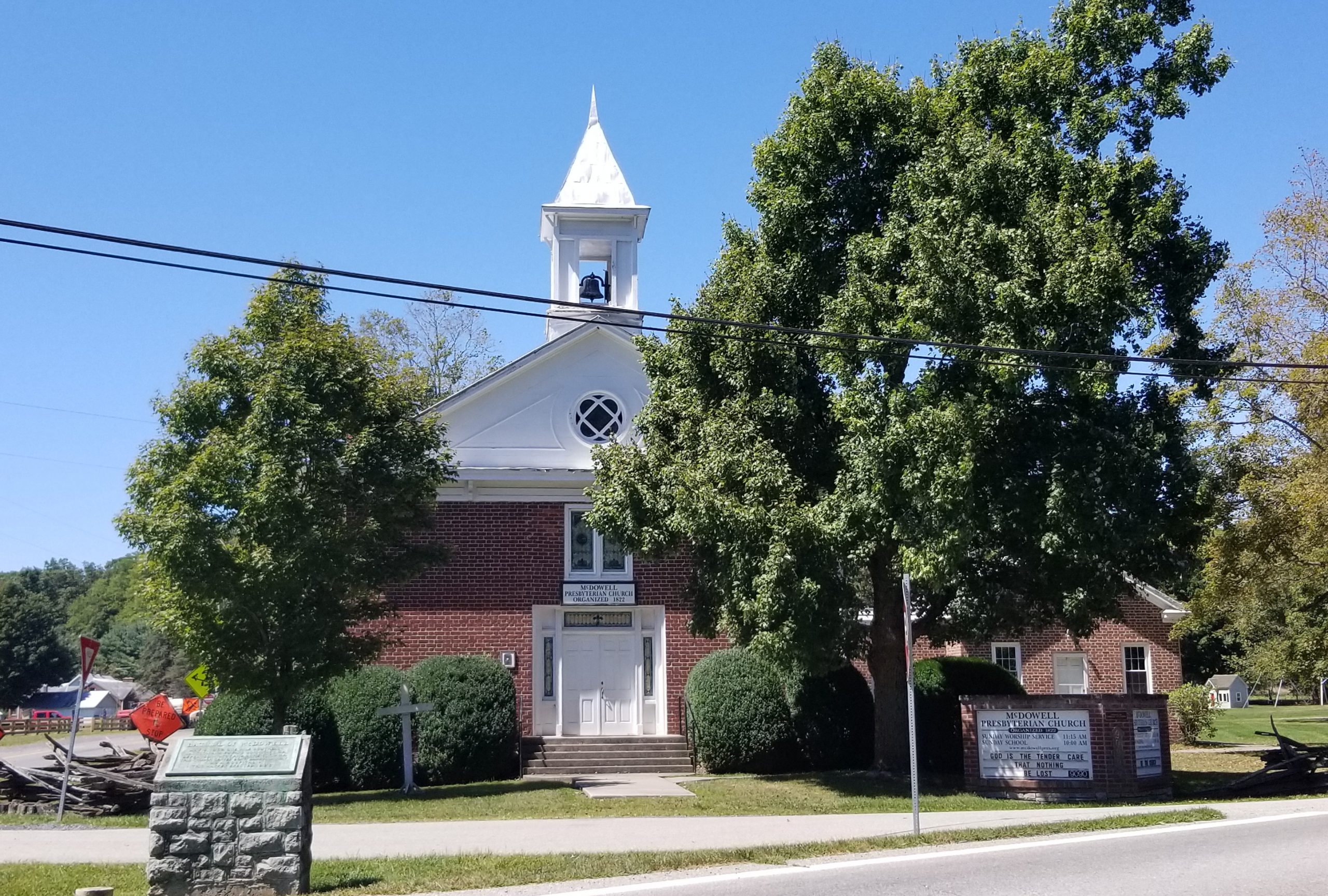 In Highland County, the 1856 McDowell Presbyterian Church, situated at the eastern entrance of the village of McDowell along with its manse and cemetery, is associated with the Battle of McDowell in 1862, the only formal engagement fought in Highland County during the Civil War. Around the time of the battle, which resulted in casualties, the church served as a hospital and headquarters for both Union and Confederate forces. The history of the church dates back to 1822 when the first church edifice was built on the site and the cemetery established. The manse, constructed in 1879, and current church stand as tangible evidence of the growth and settlement patterns of the region, and its role as a community center and as an important architectural landmark for both the village and the county. The brick church is a vernacular interpretation of the Greek Revival style, and a rare example of its type and method of construction for the area. It is one of three antebellum brick buildings in McDowell and the only known existing antebellum brick church in the county.