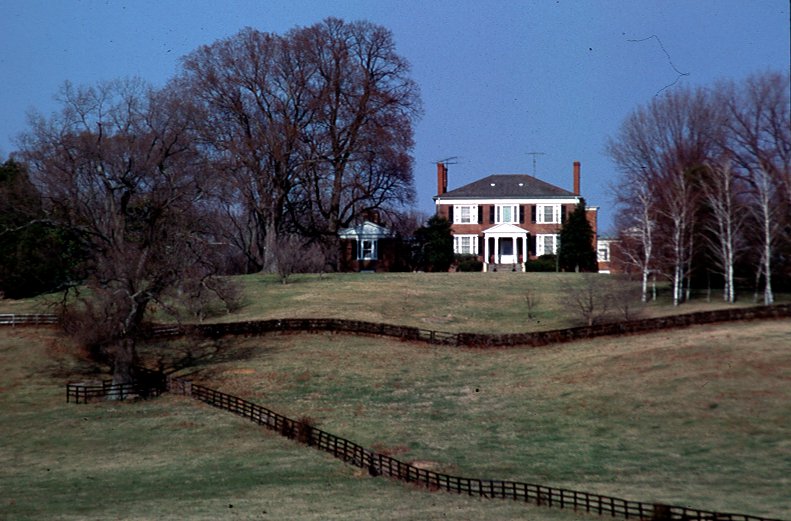 The present acreage of the Powhatan Rural Historic District represents a significant reassemblage of the land holdings of Edward Thornton Tayloe, a member of the U.S. diplomatic service in the mid-eighteenth century and one of Virginia’s most affluent planters of that era. While the Tayloe family lands were sold off in parcels throughout the late nineteenth and early twentieth centuries, Raymond R. Guest began to reassemble them in 1955. The approximately 1092-acre district contains three distinct historic residential farm clusters as well as two post-1950 stable complexes and several other auxiliary residential and agricultural buildings. At the largest scale the district has much the same appearance that it had historically. The historic Tayloe residences remain in their original locations in the midst of agricultural settings. No antebellum agricultural structures remain nor do any slave dwellings. As a result there has been a loss of some of the details of farm and plantation life as the property has evolved into a modem horseracing farm and rural estate.
[NRHP Listed Only]