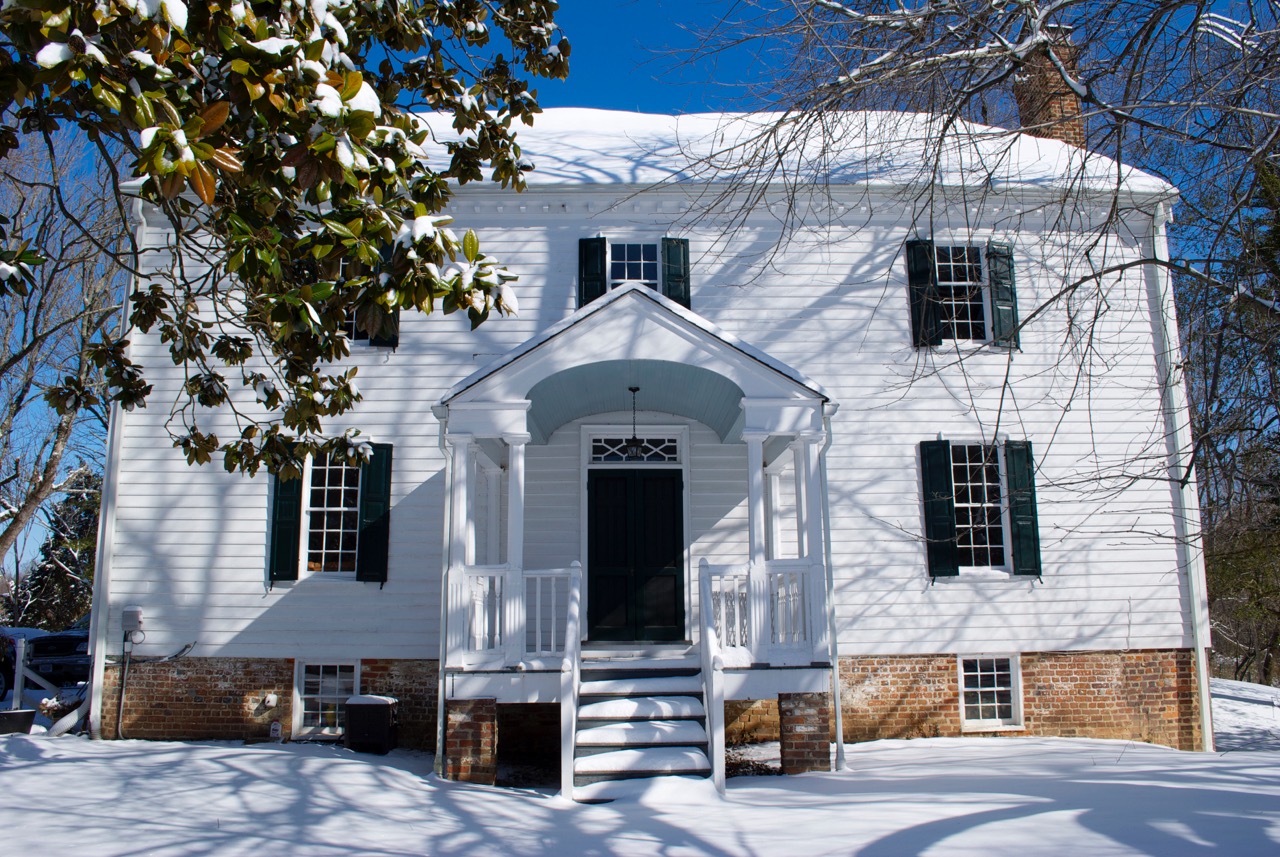 White Plains in King George County was built in 1786. This late-Georgian, early-Federal residence, with its restrained mid-20th-century Colonial Revival enhancements, is illustrative of three styles central to Virginia architectural history. Aaron Thornley, its first owner, served as surveyor of King George County and inspector at Gibson’s Warehouse, later Port Conway, making Thornley a player in the early colonial-era settlement of the county. The property is also significant for the well-documented work enslaved persons of African descent executed there from the 1780s until the early 1860s. The house’s Colonial Revival elements were added during a restoration in the 1940s, notably carried out with a strong sense of preservation that appears to have “colonialized” relatively little of the existing historic fabric, and instead ensured its continued preservation and use.