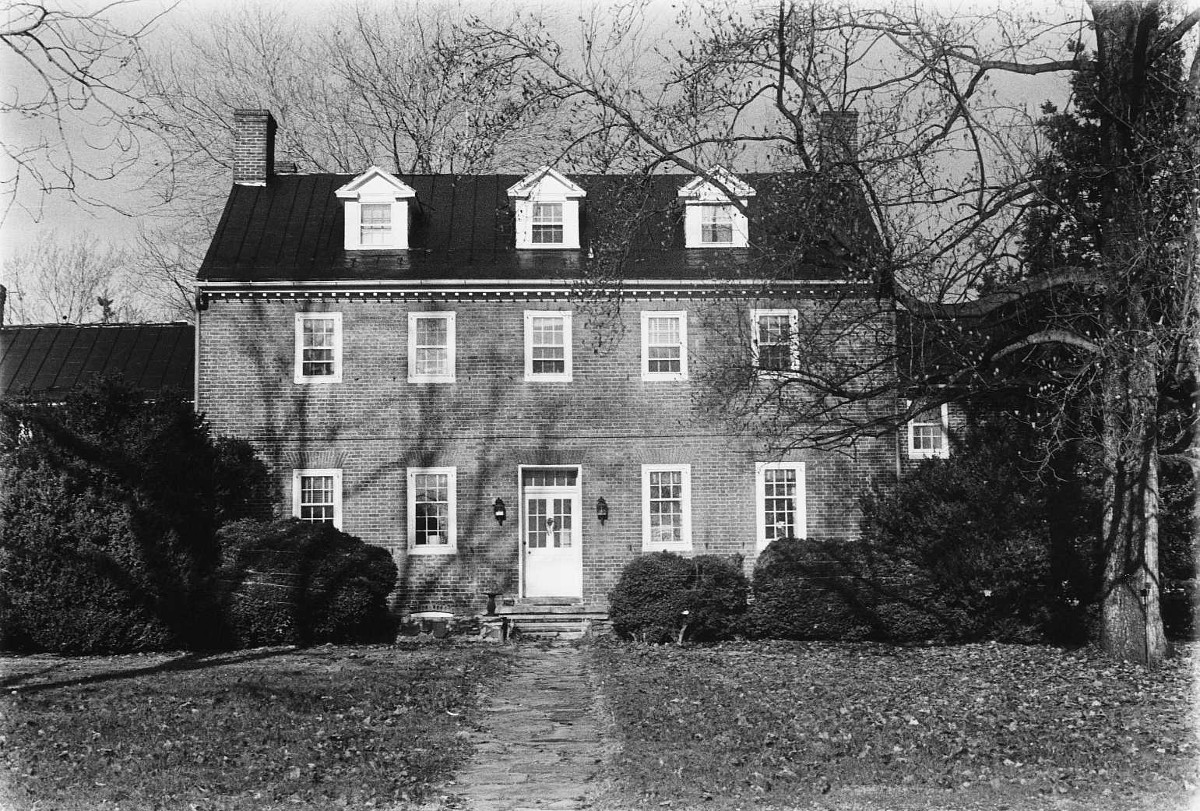 Farmer’s Delight was part of 18th-century tract for which George Washington and Lord Fairfax once served as trustees. The estate boasts a mansion patterned after Tidewater Georgian plantation houses. One of the county’s oldest brick dwellings, it was built ca. 1791 for Joseph Lane who served in the General Assembly and was a lieutenant colonel in the Whiskey Rebellion of 1793. The Flemish-bond brickwork is highlighted by a belt course and gauged brick jack arches. The interior preserves Federal woodwork typical of the region. From 1856 until 1919 Farmer’s Delight owned by the Leith family. It later was acquired by horseman Henry J. Frost, Jr., who added the wings. In 1948 the estate was purchased by George C. McGhee, former ambassador to Turkey and Germany, who developed an extensive garden and arboretum here designed by landscape architects Boris Timchenko of Washington and Meade Palmer of Warrenton.