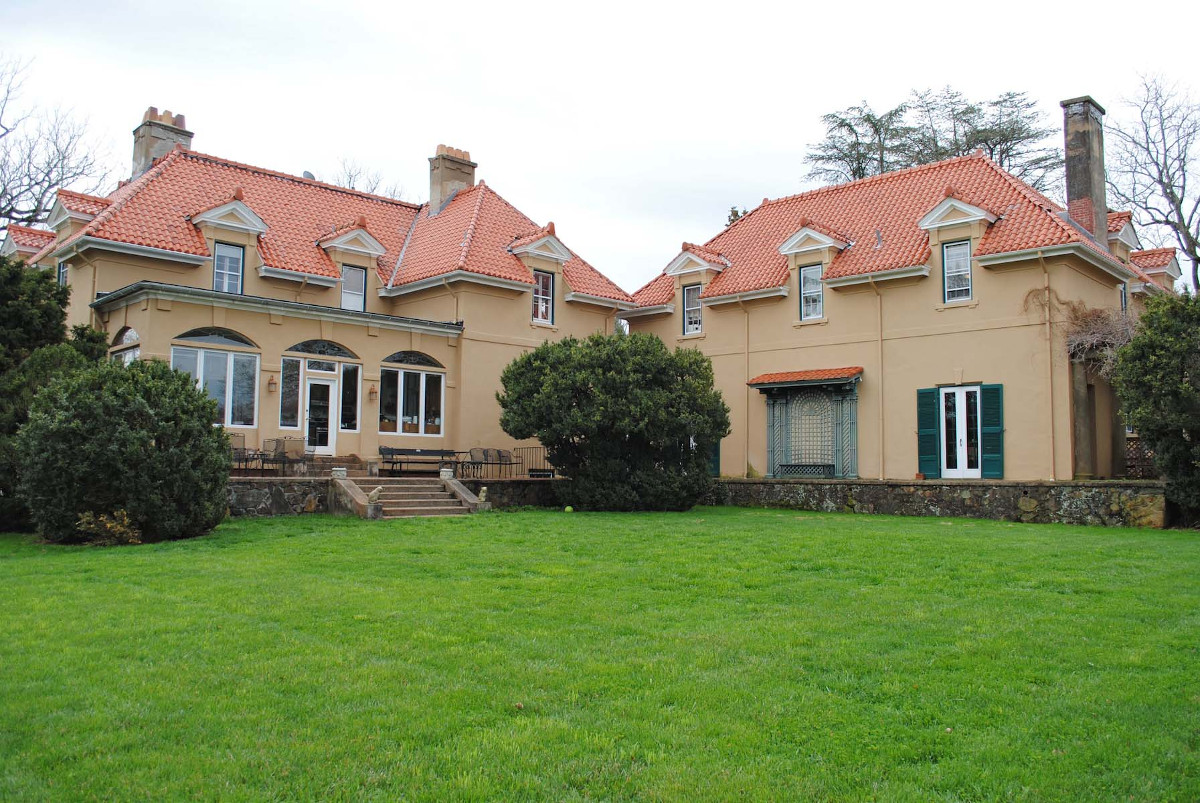 Representing the evolution of a one-time Virginia plantation, Stoke, in southwestern Loudoun County, stands as testimony to the economic regeneration that occurred after the Civil War in the northern part of the state as wealth from outside of the South was invested into old plantations. The manor house dates to around the 1840s, a period when many Tidewater Virginia families had migrated to the area to settle inheritance claims. The property also features many early- to mid-19th- century historic resources including road traces, fieldstone walls, and a two-story, one-time inn, Landmark Ordinary. It was during the late 1920s and 1930s that Stoke gained notoriety in the cut-flower industry. In the early 20th century new owners Colonel Floyd and Eleanor Truax Harris had architect Nathan Wyeth transform Stoke’s manor house and property into a Renaissance Revival-style estate that included formal gardens, and a dairy, a milk house, and workhorse barn. Despite enormous wealth, Eleanor Harris understood the financial plight of her neighbors and turned to her gardens for inspiration. During the Great Depression she led the ladies of the Aldie Horticultural Society to sell cut narcissus and over 30 varieties of bulbs to support their families. Harris, internationally recognized for her horticultural pursuits, supported the local endeavor by initially investing in the importation of Dutch bulbs in advance of an embargo, thereby securing a place for the village of Aldie in the cut-flower industry.