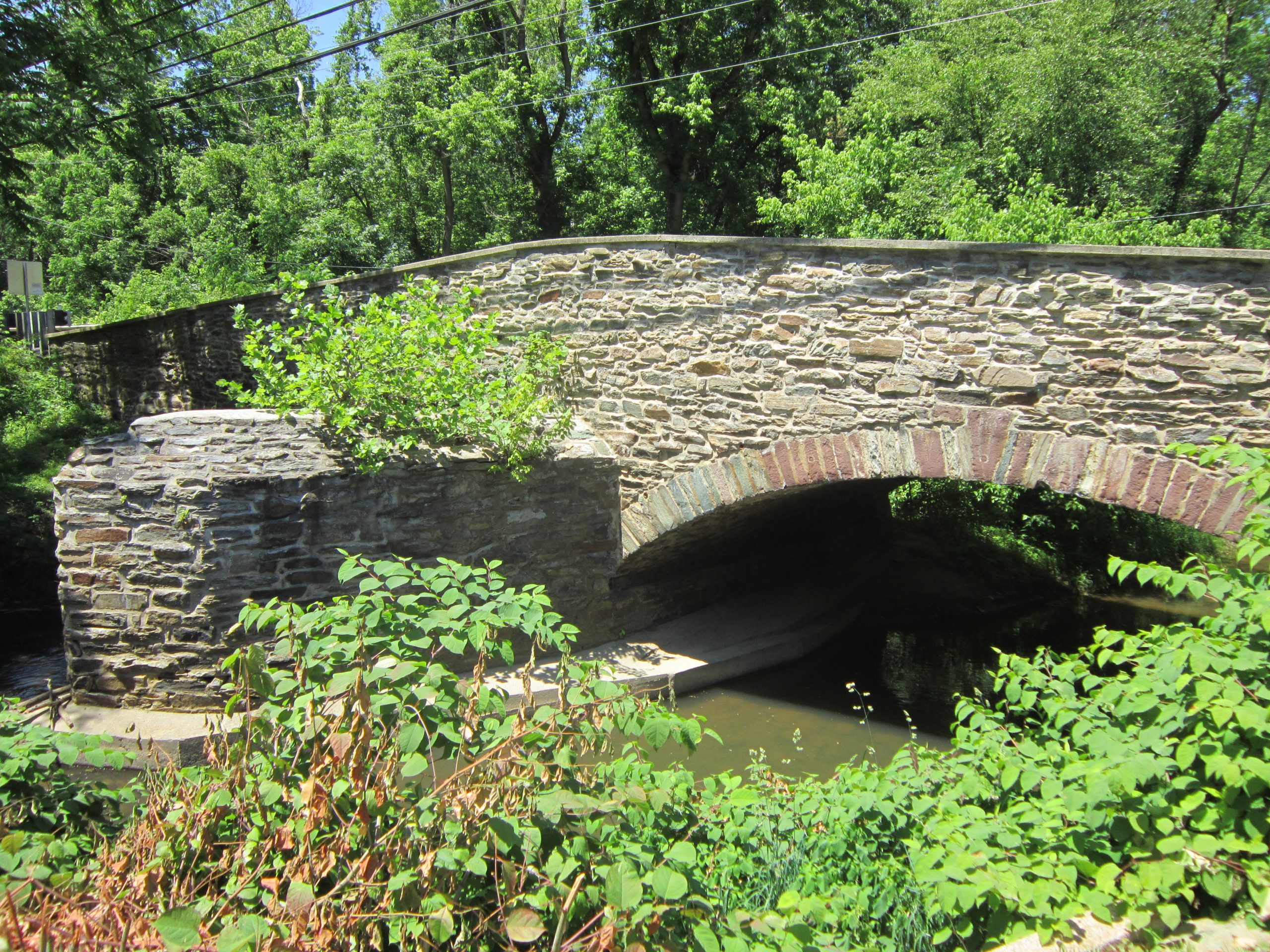 Interest at the turn of the 19th century in improving Virginia’s transportation infrastructure prompted the General Assembly to charter dozens of private companies to construct and maintain turnpikes, canals, and railroads. The Little River Turnpike Bridge was begun in 1826 by the Little River Turnpike Company (LRTC), which was chartered in 1802 to establish “a Turnpike Road from the intersection of Duke Street in the Town of Alexandria with the south west line of the District of Columbia to the ford of Little River,” a distance of approximately 34 miles. The LRTC completed the road by 1811, and in 1817 stated its objective to spend surplus funds on “the reducing of the Hills and erecting permanent Bridges over the streams of water crossing said Road”. The Little River Turnpike’s crossing of the Little River in Loudoun County with the 108-foot-long, two-arch fieldstone bridge was an essential part of its function and identity. While the assets of the LRTC ultimately were transferred to county administration and finally to the state as U.S. 50, the Little River Turnpike Bridge, within the Aldie Historic District, today constitutes the most prominent surviving element of the turnpike.