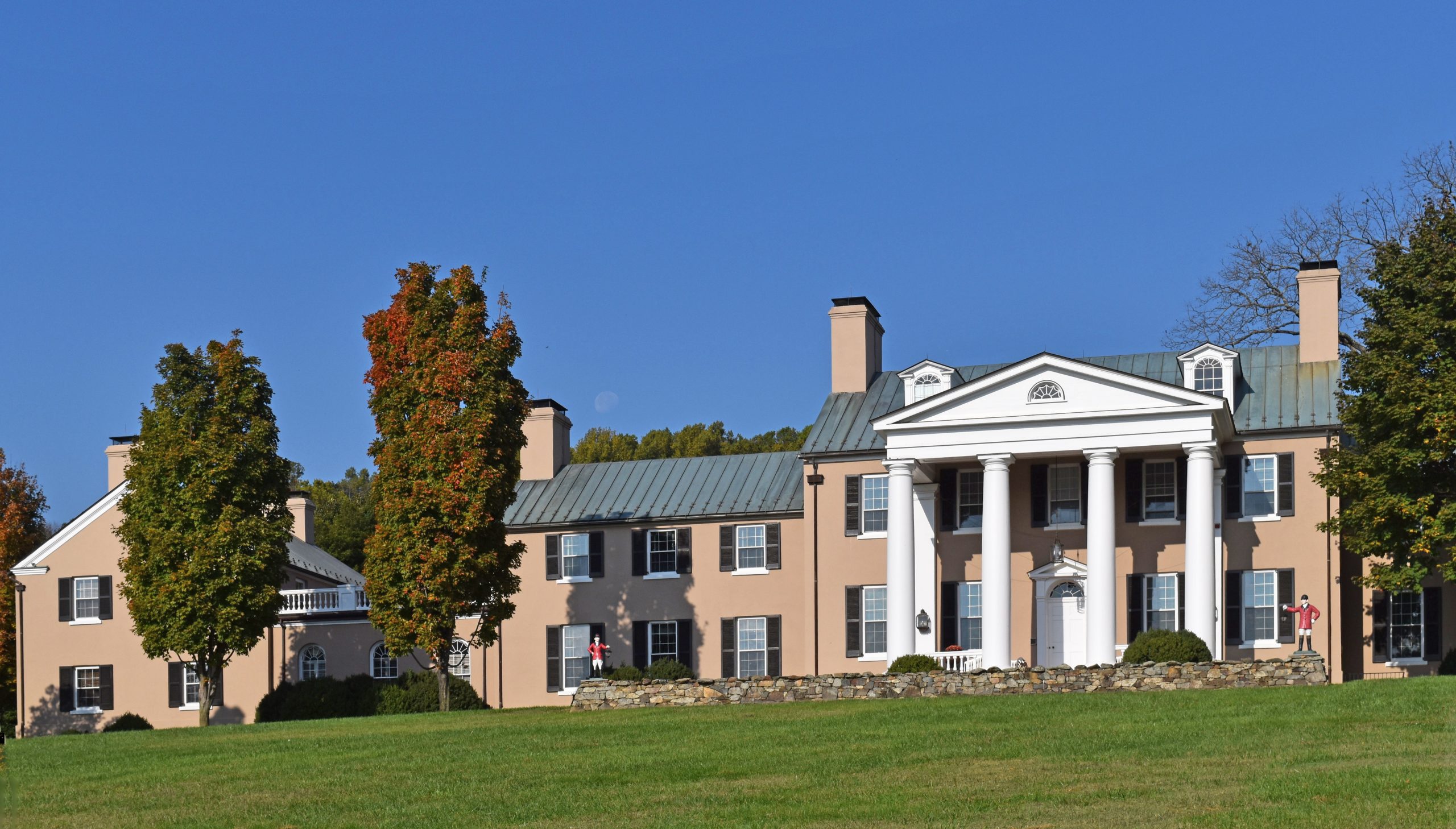 Llangollen was established on Virginia’s Native American frontier during the colonial era in present-day Loudoun County, when Leven Powell claimed title to land from the Lord Thomas Fairfax proprietary. Powell made his fortune through tenant farmers who tamed his expanse of frontier lands at Llangollen and by transporting agricultural products to Alexandria’s international port and trading imported goods in Loudoun. Leven’s son, Cuthbert, a merchant and politician who inherited Llangollen in 1810, turned his attention and investment to farming. He established the family seat and a handsome fortune as well, and during the antebellum era the Powell family raised crops at Llangollen with an enslaved labor force and participated in the merchant economy tied to Alexandria. In the post-Civil War era of economic hardship, Llangollen owner George Ayre concentrated on commercial wheat and dairy production and a business in stallions. During the early 20th century, Llangollen partook of the area’s “Hunt Country” social life with the rise of equestrian sports and an influx of wealthy families into the region. In 1930, millionaire John Jay Whitney and his wife Liz purchased Llangollen and pursued a passion for fox hunting and thoroughbred racing. Whitney also introduced polo to Llangollen, which continues today at the highest level with world-ranked Maureen Brennan’s VIP Polo Center. Among the 17 historic buildings on the property are the original 18th-century patent house, which was expanded in 1830 into a Federal-style residence and transformed and expanded in the early 20th century into a Colonial Revival-style house; other resources include an 1830 icehouse, and structures from the 1930s such as a horseshoe-shaped stable, a smithy, a grooms’ quarters, a stone garage, and other buildings associated with the Whitneys’ ownership of the property.