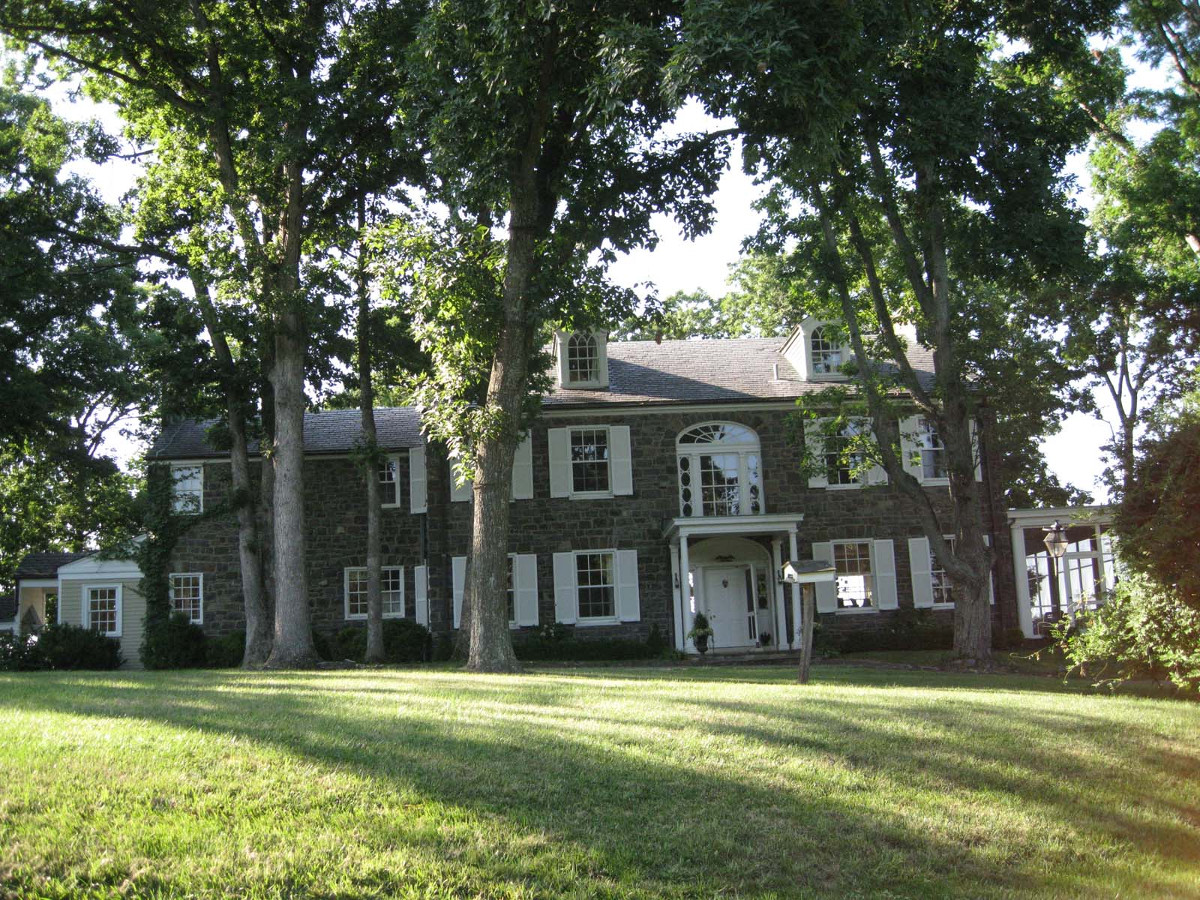 Murray Hill, a 56-acre property in Loudoun County, is important for its association with the Civil War Battle of Ball’s Bluff and for its 1930s Colonial Revival-style house. Located on bluffs overlooking the Potomac River, the property during the 19th century was known for its river landing and crossing; it was the site of at least one 19th-century era warehouse along the river. Edwards Ferry Road, which extends along the property’s southern boundary, was first mentioned in the historic record in 1791. The road and river landing made Murray Hill a strategic location during the Civil War. Soldiers traveled the road going to and from the Battle of Ball’s Bluff on October 21-22, 1861. Located within the core area of the Ball’s Bluff Battlefield, Murray Hill also features an exceptional and grand example of Colonial Revival-style architecture in the stone house Stirling Murray Rust built there in 1938-39. Rust, a native of Loudoun County, incorporated into the house features modeled after elements of his boyhood home of Rockland, also located in Loudoun. Contributing as well to Murray Hill’s historic importance are an early-19th-century log dwelling, a late-19th-century smokehouse, a circa-1900 tenant house, and a boathouse, carriage house/garage, four sheds, sawmill, and a chicken/poultry house, all built around 1940.