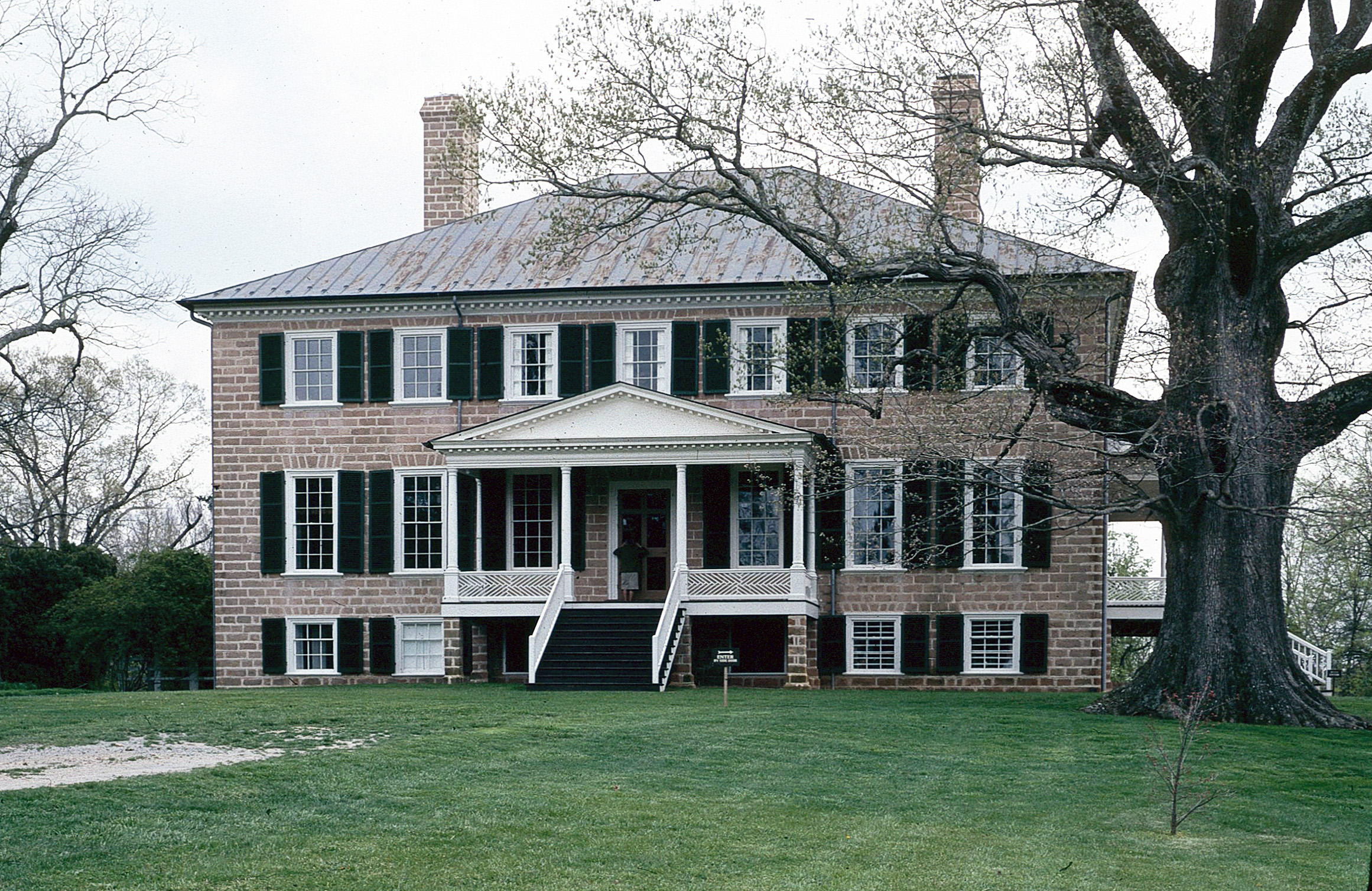 Sir Peyton Skipwith, the only Virginia-born baronet, moved to his Roanoke River lands following marriage to his second wife, Jean Miller, in 1788. In 1795 he completed Prestwould, his large Georgian mansion, the nucleus of a 10,000-acre plantation. Built of dressed sandstone, Sir Peyton’s house, with its French scenic wallpapers and fine furnishings, is an imposing expression of the elegant lifestyle maintained by Virginia’s gentry in the remote countryside. The formal garden, laid out by Lady Skipwith, is one of the state’s most thoroughly documented historic gardens. On the grounds is an unusually complete collection of outbuildings, including an octagonal pavilion, a rare early garden folly. A diverse group of buildings in which enslaved African Americans lived and worked survived at Prestwould into the twentieth century, and three of the buildings still stand: a 1790s slave house, an early plantation store converted to workers’ housing after the Civil War, and a circa 1825 loom house with slaves’ rooms upstairs. The late-eighteenth-century slave house is considered to be the earliest known slave house extant in Virginia and perhaps in the South. Prestwould was owned by Skipwith descendants until 1914. In 1963 the house and forty-six acres were acquired by the Prestwould Foundation, which exhibits the property to the public and is engaged in long-term restoration of the plantation’s many components.

A 2001 updated nomination led to the listing of Prestwould as a National Historic Landmark in 2003.