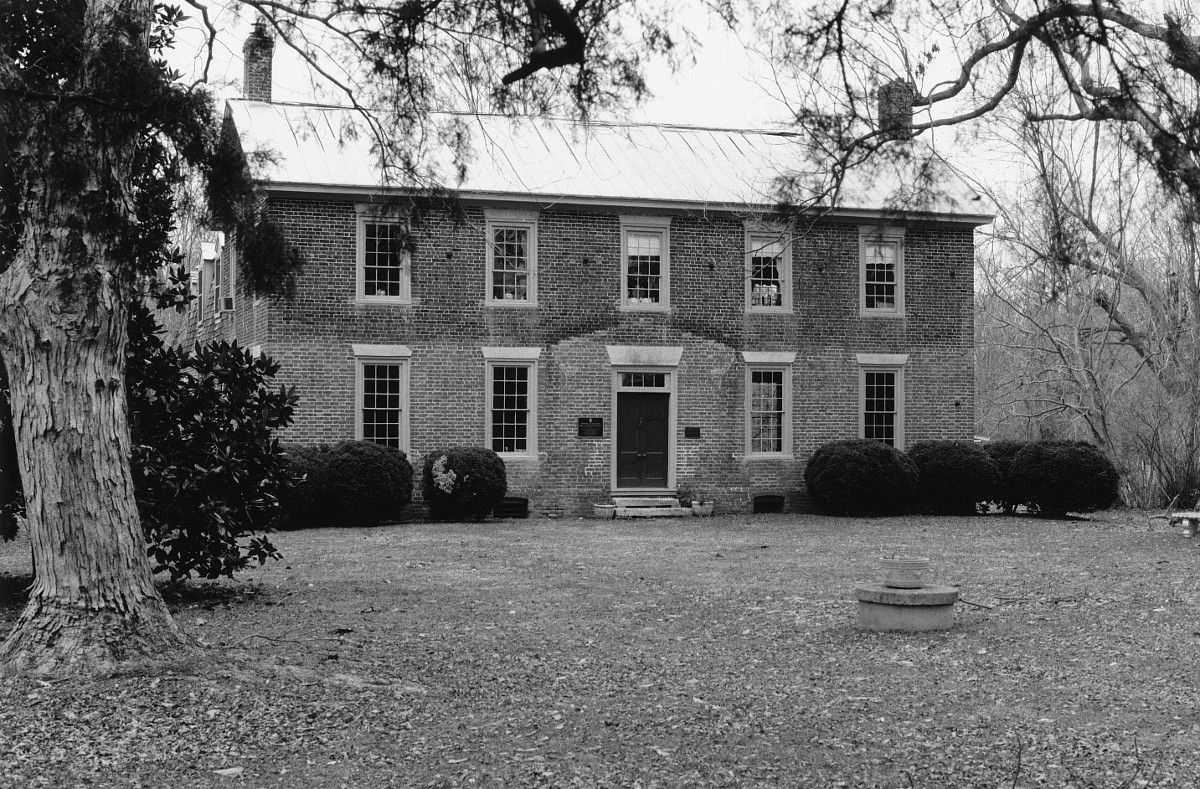 Hewick was the 18th-century seat of the Robinson family. Although long believed to have been constructed in two sections, the house most likely was built as a unit in the mid-18th century for the planter Christopher Robinson III (1705 1768), grandson of Christopher Robinson, colonial councillor and secretary of state, who probably had an earlier house on the property. In its original form the house was only one-story high with a clipped-gable roof. The roof was changed to a gambrel roof in the early 19th century. Around 1849 the front section was raised to two full stories with a low gable roof. These various changes illustrate the changing needs and tastes in house forms in the region. The house is set in a broad, level yard flanked by fields and is approached by a long, tree-lined lane.