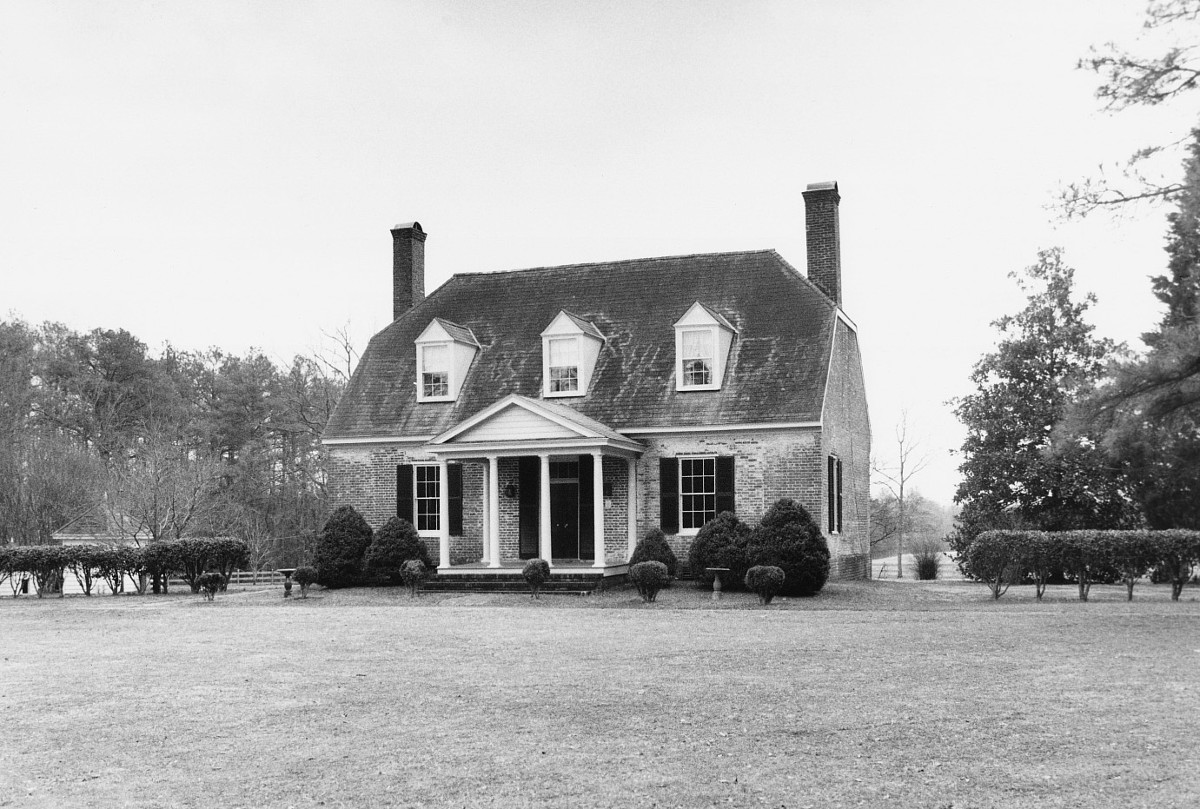 With its brick construction, jerkinhead roof, and center-passage plan Deer Chase typifies the medium-sized colonial plantation house of Virginia’s Tidewater region. Although modest in appearance, the house is generously proportioned compared to the rude wooden cottages that housed most colonial farmers. Captain Oswald Cary was granted 460 acres on the Piankatank River in 1685; the present house was likely built several decades later by a Cary descendant. Fire gutted the interior in the early 19th century; hence, the present woodwork dates from that time. The repairs also resulted in the number of bays on the facade being changed from five to three. An 1885 plat shows as many as seventeen outbuildings and farm buildings as well as a formal garden. Of these, a frame schoolhouse and the foundations of an office remain. Deer Chase preserves its rural setting near the banks of the Piankatank.