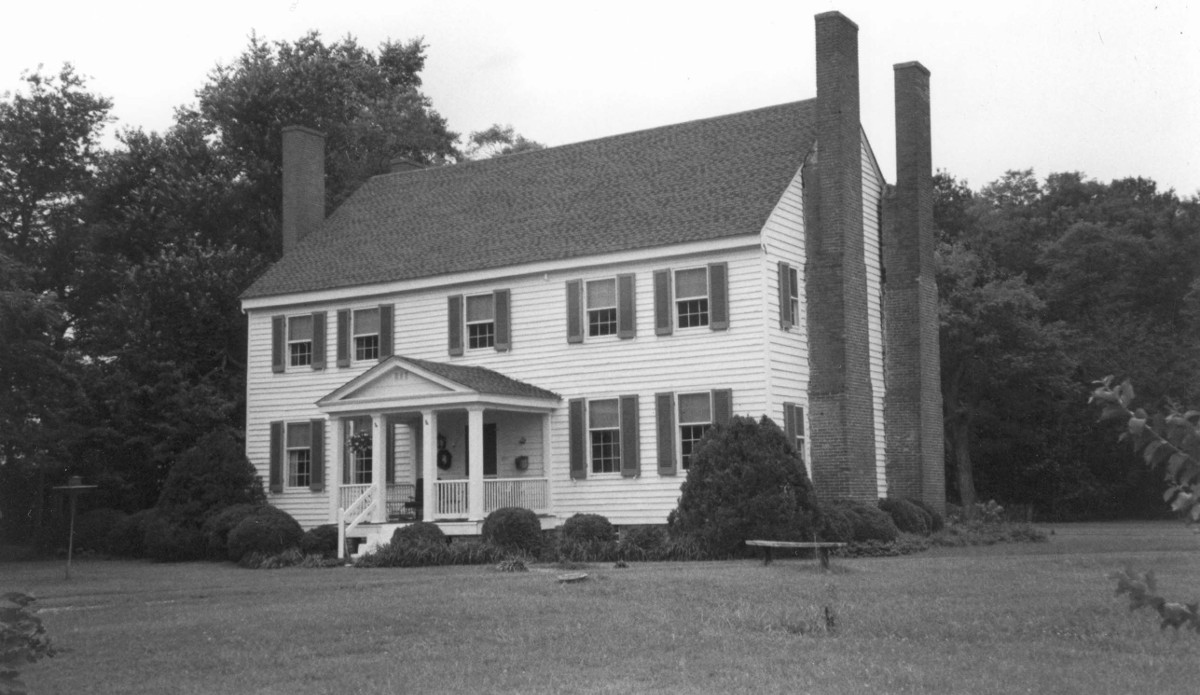 Erected in a symmetrical late Federal style, Prospect probably was built in stages between 1820 and 1850. The main building is a three-story, weatherboarded, gable-roofed dwelling with two 38-foot-high chimneys abutting either end of the five-bay facade. It has identical gable-roofed porticos on both back and front. Unlike some other houses in the area to which newer rooms and decorative touches have been added, Prospect has retained the integrity of its exterior and interior design. Taking its name from its 19th-century view of extensive open fields that overlooked the Rappahannock River, Locklies Creek, and Meacham Creek, the property includes a 19th-century carriage house, an early 1900s farm shed, and the original brick-lined well. The house and its outbuildings have retained their rural setting amid stands of evergreen and deciduous trees.