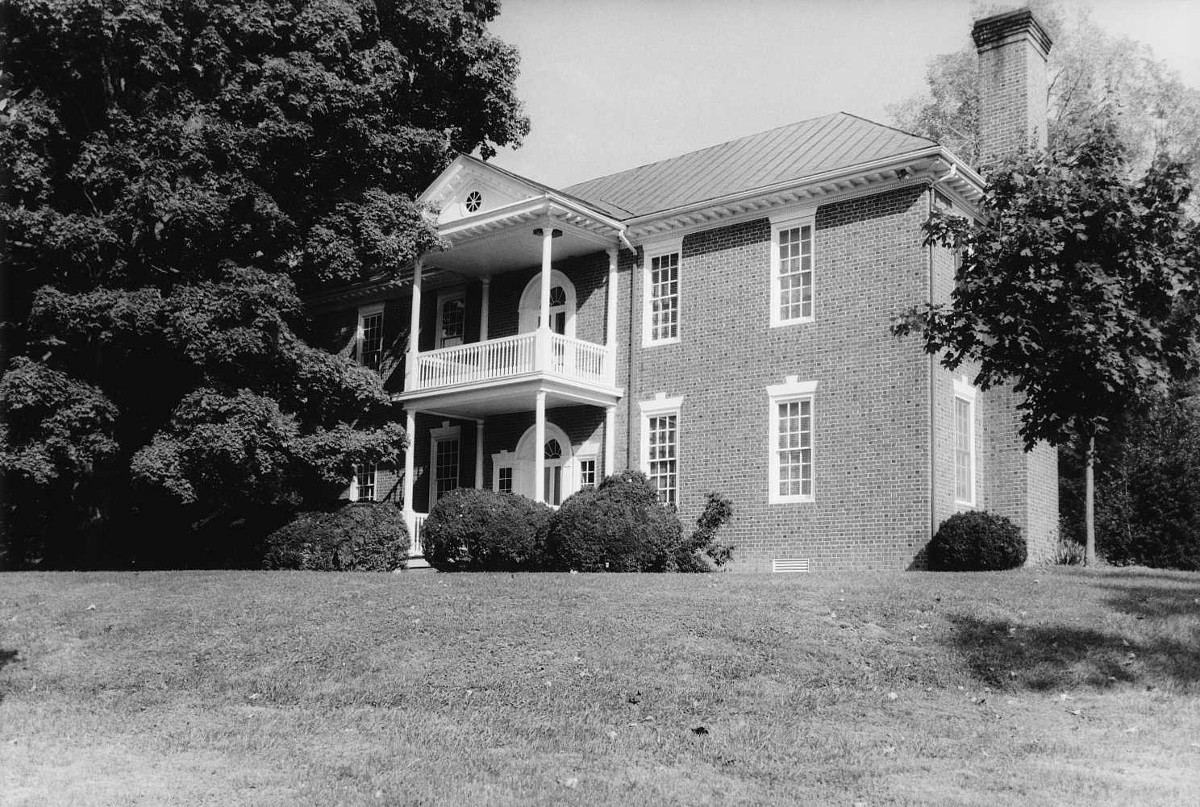 Fotheringay was the home of George Hancock (1754-1820), a colonel in the Virginia Line during the Revolutionary War and aide de-camp to Count Casimir Pulaski. He later served in both the Virginia House of Delegates and in the U. S. Congress. Hancock’s daughter Julia was married to the explorer William Clark. Dramatically placed against a steep mountain, Hancock’s house, built ca. 1815, is an elegant expression of the Federal style for what was a distant area. The ornate interior woodwork, is highlighted by chimneypieces and doorways decorated with motifs copied from pattern books by the English architect William Pain. The delicately carved work exhibits the high quality of the area’s post-Revolutionary War craftsmanship. As originally built, the house lacked the two bays south of the portico, resulting in an unbalanced look. An architecturally compatible wing added in the 1950s made the facade symmetrical.