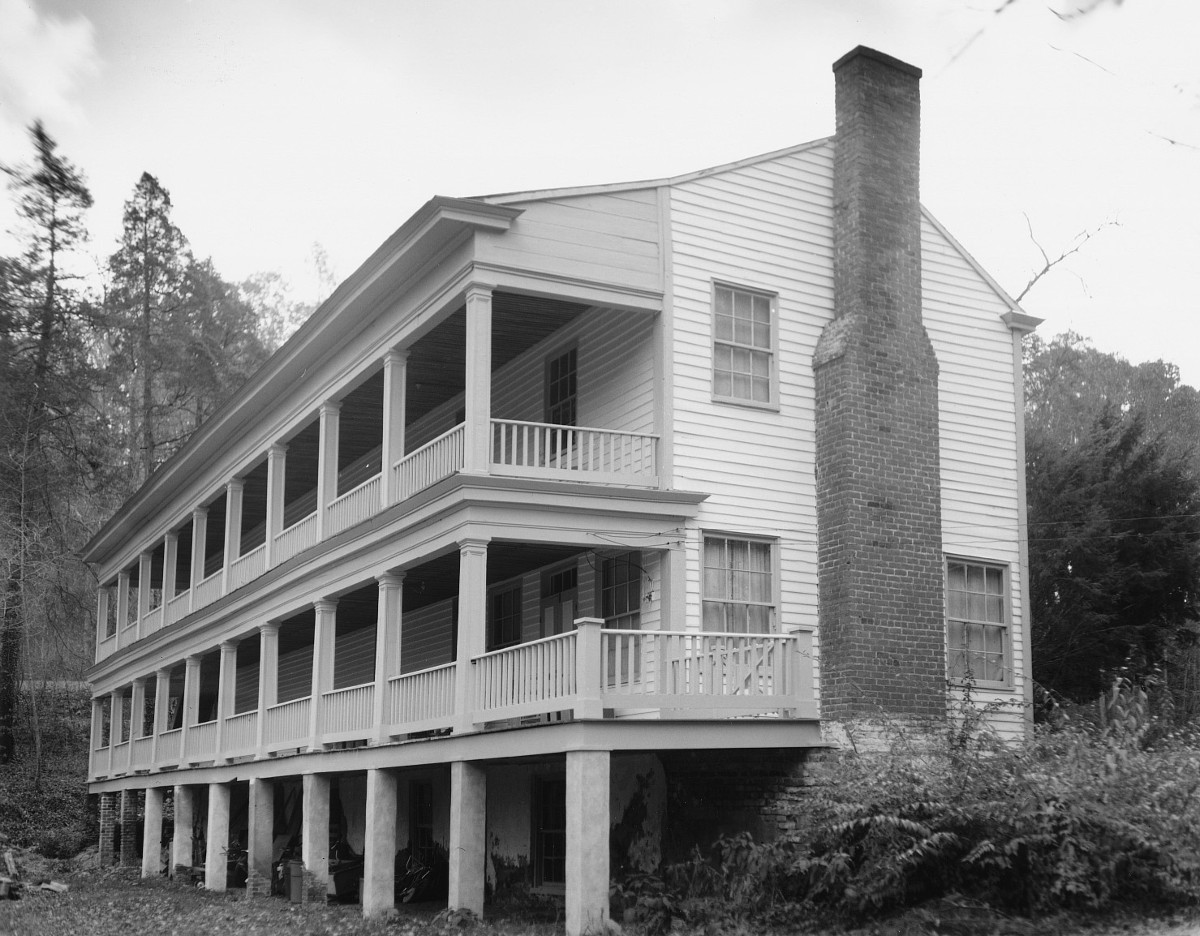 Developed in the early 19th century, Yellow Sulphur Springs afforded its patrons the usual middle class leisure-time and therapeutic pursuits of the mid Victorian-era mountain resorts. Prior to the Civil War, the spa was enjoyed by individuals who soon were to make history: Edmund Ruffin, Jubal Early, and P.G.T. Beauregard. Despite the loss of a later main hotel building and several cottages, the original early 19th century hotel structure with its mid-19th-century galleried facade survives. Also remaining amid a grove venerable oaks are three cottage rows and an early bowling alley, making the group one of the state’s most complete early spa complexes. A focal point is the polygonal gazebo sheltering the spring. Most of the cottages are now rented as apartments. The hotel building, long in a neglected state, has been restored in recent years.