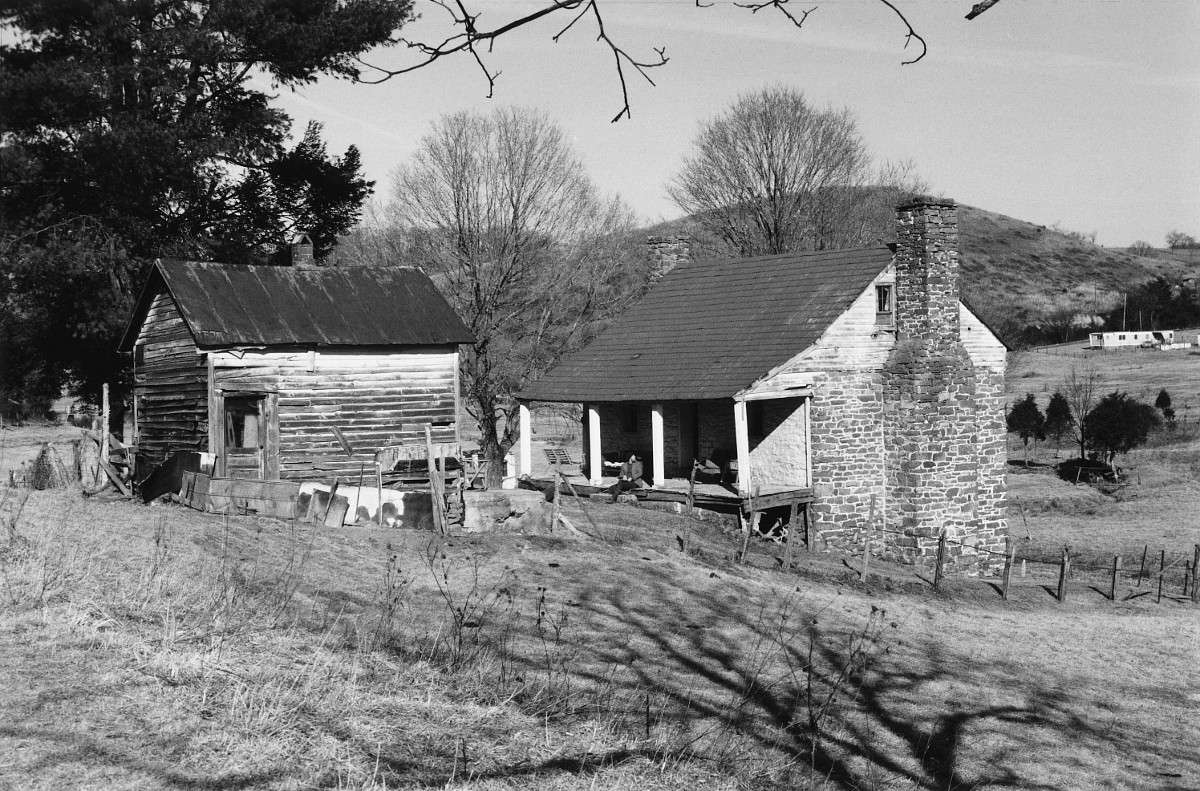 On a hillside above Elliott Creek, the Howard-Bell-Feather House is Montgomery County’s only pre-mid-19th-century stone house. Though stone is readily available, for no apparent reason other than the fact that stone is more difficult to handle than brick or wood, the county never developed a strong tradition of stone construction. Stone buildings in Southwest Virginia are generally associated with German settlers, but there is no evidence that the builder here was ethnic German. The severely plain vernacular house was probably built ca. 1810 for William Howard. The original three-room plan was changed when a partition was removed, although some simple early trim remains. An early owner, the Rev. John Bell (died 1833), along with members of the Feather family, lie buried in a family cemetery. The property is still owned by Feather family descendants.

The Howard-Bell-Feather House was listed in the registers under the Prehistoric and Historic Resources of Montgomery County MPD.