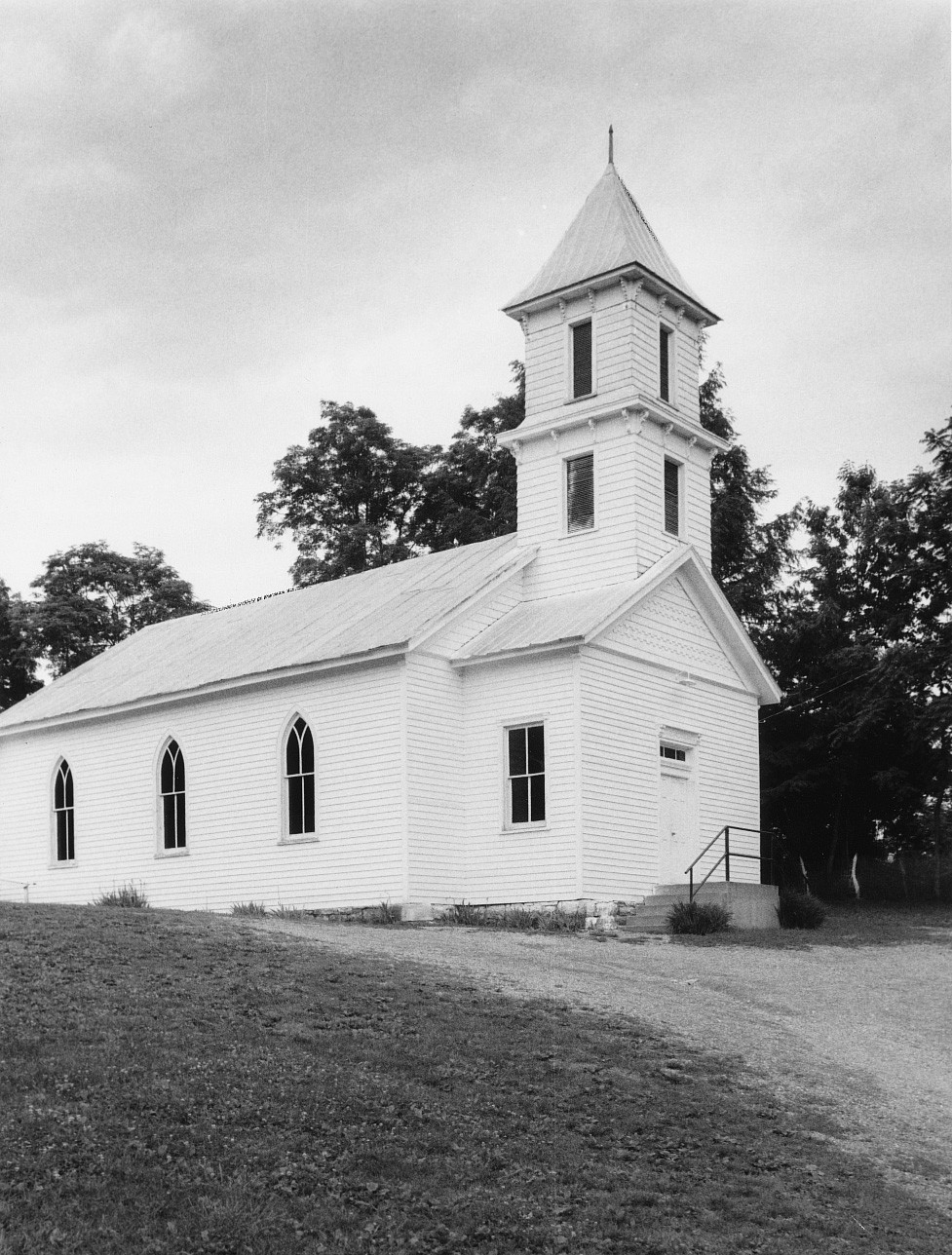 The importance of spiritual nourishment in rural America is manifest in the plethora of small wooden churches dotting the nation’s villages and countryside. These churches, especially those erected in the earnest decades of the late 19th century, are endowed with an austere dignity reflecting the demeanor of the mainly Protestant denominations they served. The 1896 Graysontown Methodist Church, with its plain rectangular sanctuary enlivened by “American Gothic” windows, typifies the country-church aesthetic. It achieves heightened presence, however, with its shingled vestibule and bracketed tower. At its dedication service, the church was called “truly a light house [sic] and soul saving station . . .” Built by Brother Cook and members of the congregation, it was constructed using mainly donated materials. Declining membership led the Methodist Conference to close the church in 1976. The building was then purchased by local citizens for use as an interdenominational church.

The Graysontown Methodist Church was listed in the registers under the Prehistoric and Historic Resources of Montgomery County MPD.