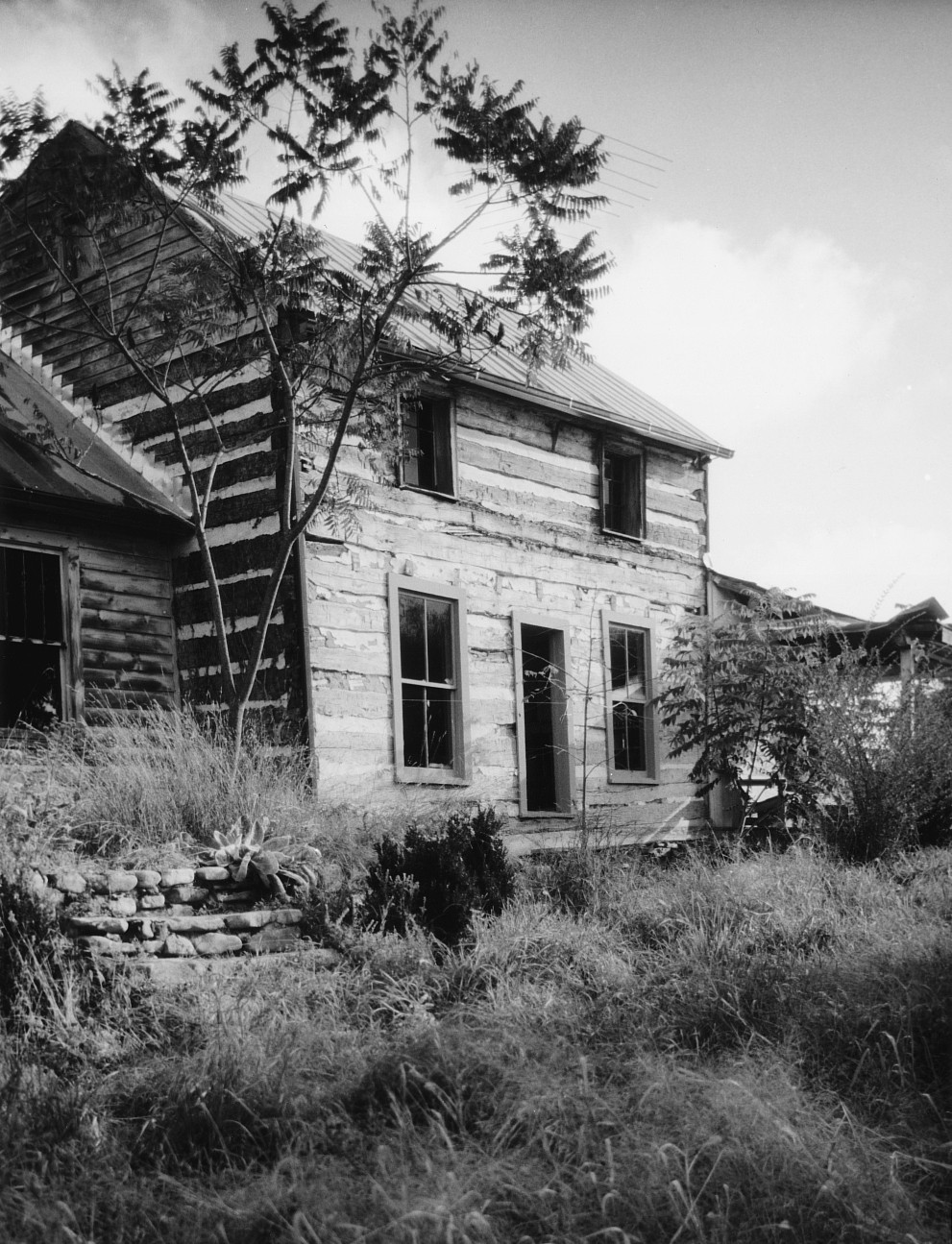 The log house is one of America’s icons. Taking advantage of a seemingly endless supply of timber, hundreds of log dwellings were erected throughout the Appalachian region. While many survive, a log house still evokes a certain reverence. The Cromer house, a single-pen, rectangular log dwelling, is among the best-preserved of Montgomery County’s most prevalent type of log house. Though log construction was used by the earliest settlers, this example was likely built in the early 19th century. The house is interesting for having its log construction exposed both inside and out and for having exposed beaded ceiling joists and ceiling boards inside. By the mid-19th century, log was considered a pedestrian material and normally was hidden behind sheathing or plaster. After standing unoccupied for several decades, the Cromer house is undergoing long-term restoration.