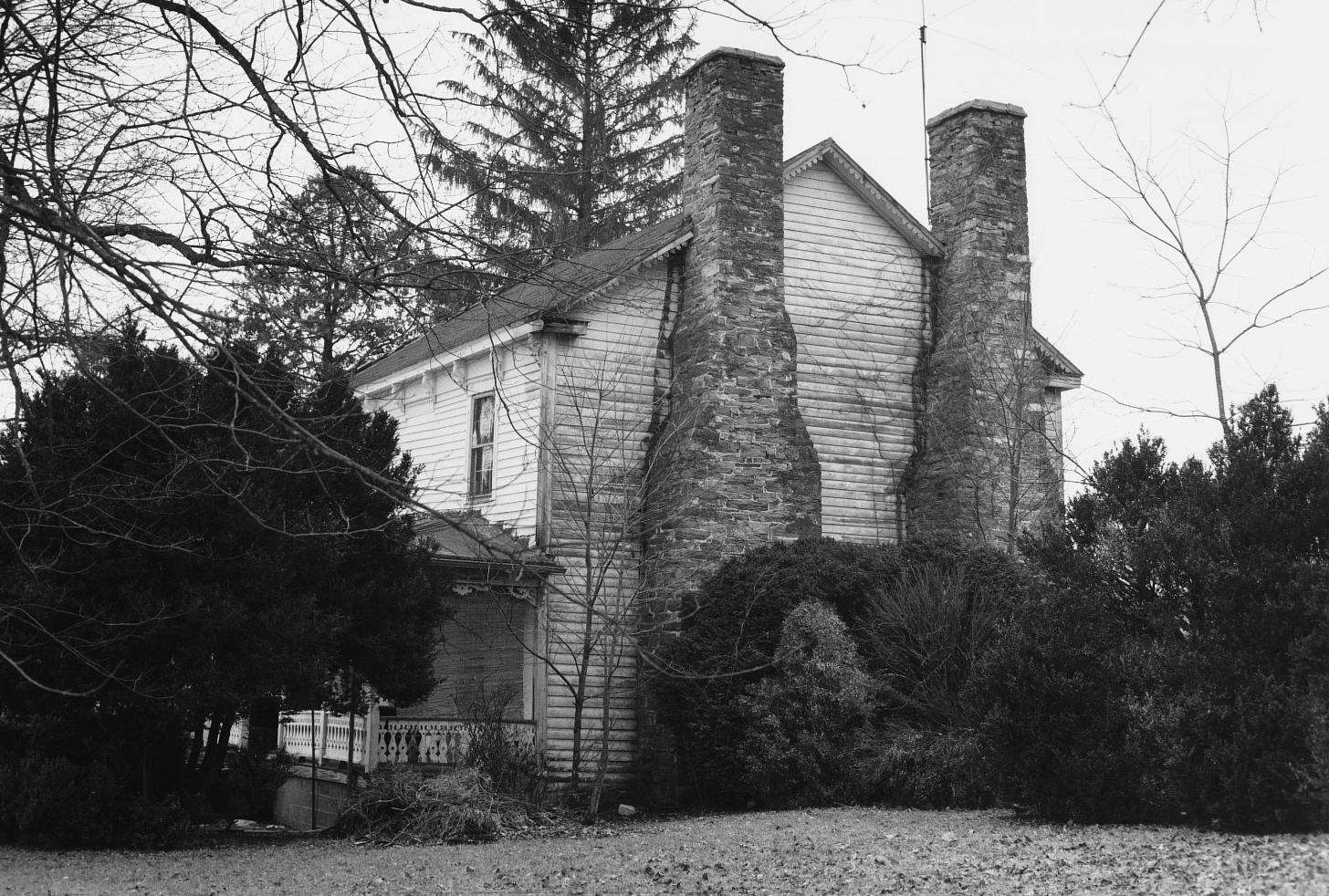 The house built ca. 1810 for James Charlton carries with an aura of great age. Charlton, proprietor of 1500 acres and a slave-owner, employed log construction for what is a unique surviving example in Montgomery County of a double-pile log house devoid of a center passage. Such a room arrangement suggests a Germanic influence which may stem from the fact that Charlton was a native of Pennsylvania’s Lancaster County. The double-pile plan is reflected in the pair of stone end chimneys (the rooms opposite have no heat source). Like many early log houses, this one was sheathed in weatherboards and sections of early beaded weatherboarding remain. The exterior underwent remodeling in the mid-19th century when it received its bracketed cornice and scalloped bargeboards. The stone chimney of an original kitchen remains along with several later outbuildings.

The James Charlton Farm was listed in the registers under the Prehistoric and Historic Resources of Montgomery County MPD.