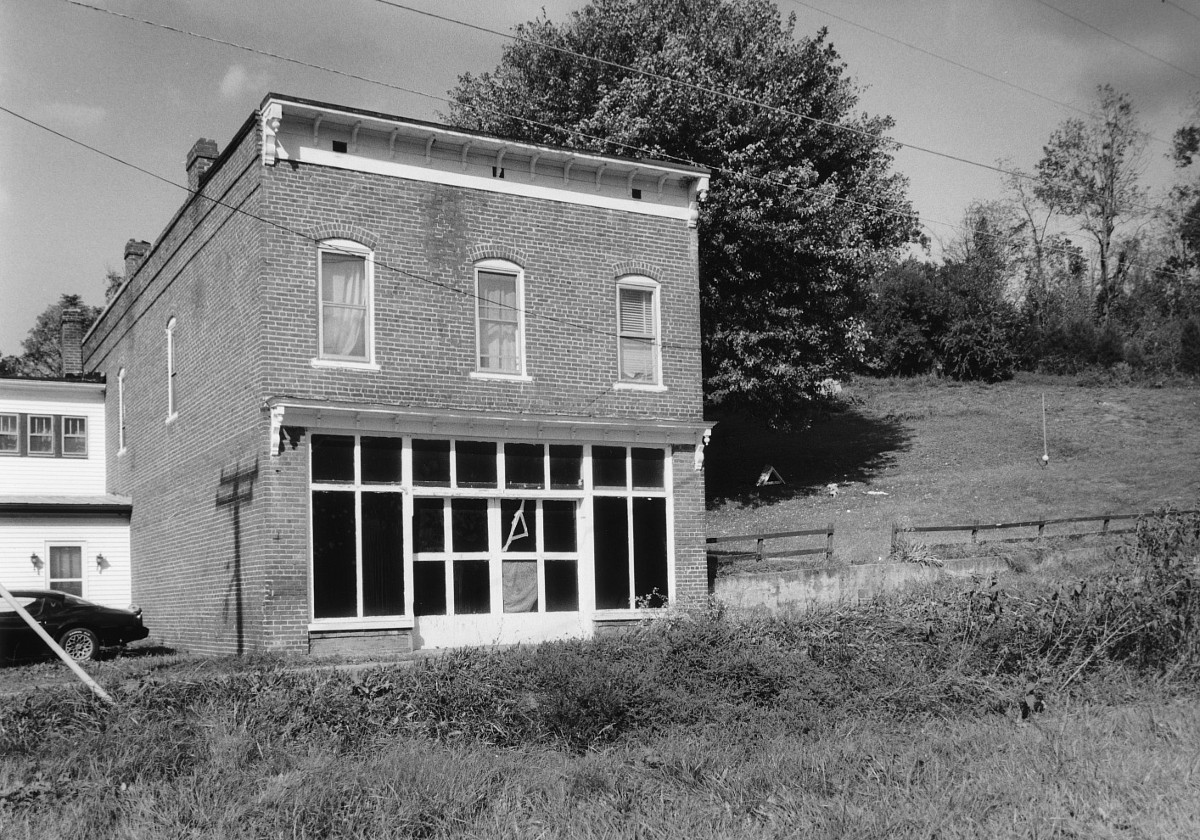 An image of the innocent days of turn-of-the-20th-century, small-town America is captured in this toy-like store building, one of two remaining commercial buildings in the tiny railroad community of Vicker’s Switch in Montgomery County. It was built in 1910-11 by Edward Hornbarger and is somewhat old-fashioned for its date, being embellished with a bracketed cornice both at the roofline and above the large windowed shopfront. Like many such structures, the upper floor was given over to residential use, and is reached here by a porch on the east side. Since cessation of its function as a store, the center of the shopfront has been modified for conversion into a garage door. The modification did not affect the main shop windows and the large clerestory.

The Hornbarger Store was listed in the registers under the Prehistoric and Historic Resources of Montgomery County MPD.