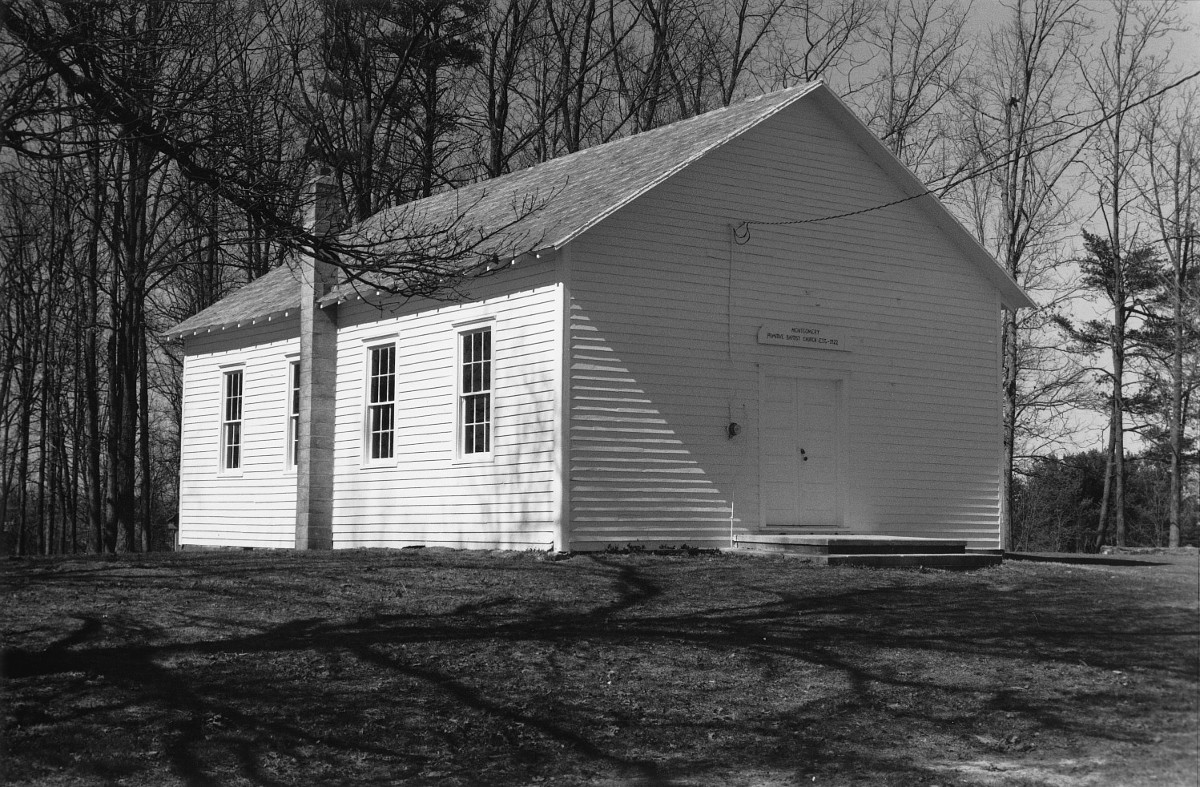 Erected in 1922, this severely plain church reflects the extreme simplicity of the religious tenets of this branch of Baptists. The Primitive Baptists grew out an early 19th-century reaction against missionary and tract activities. Believing that changes compromised the basic spiritual simplicity of Calvinist principles, they withdrew from the mainline Baptist church and identified themselves as Primitive Baptists. Their liturgy was the simplest possible, and thus their services required only fundamental shelter. Primitive Baptists were a strong force in Montgomery County until this century. The earliest churches have either disappeared or have been replace by modern structures. The Montgomery Primitive Baptist Church is the county’s oldest and stands essentially unaltered from its original form. The interior is sheathed in unpainted tongue-and-groove boards. Plain wooden pews fill the space and a pair of wood stoves provide heat.