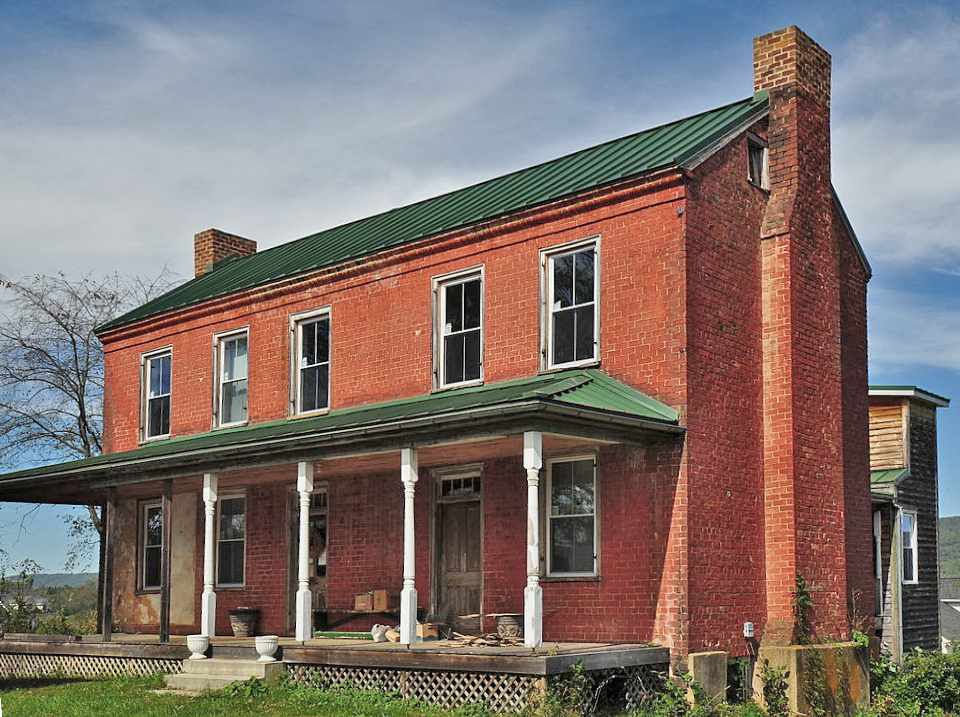 The I-house, or center-passage dwelling, was the most popular of the mid-19th-century house types in Montgomery County. The Evans House No. 2 is an interesting variation in that it has an irregular five-bay façade rather than the more standard symmetrical three-bay format. It is also one of the few examples constructed of brick. The brickwork employs a functional, though not usual, six-course American bond and has a molded brick cornice, a detail commonly found on vernacular brick houses in the Shenandoah Valley and Southwest Virginia. Ignoring any influence from contemporary architectural fashions, the house was built ca. 1860 shortly after the farm was presented by Adam Wall to his daughter Ellen and her husband George R. Evans. The Eastlake porch and present windows sash were added ca. 1900.

The Evans House No. 2 was listed in the registers under the Prehistoric and Historic Resources of Montgomery County MPD.