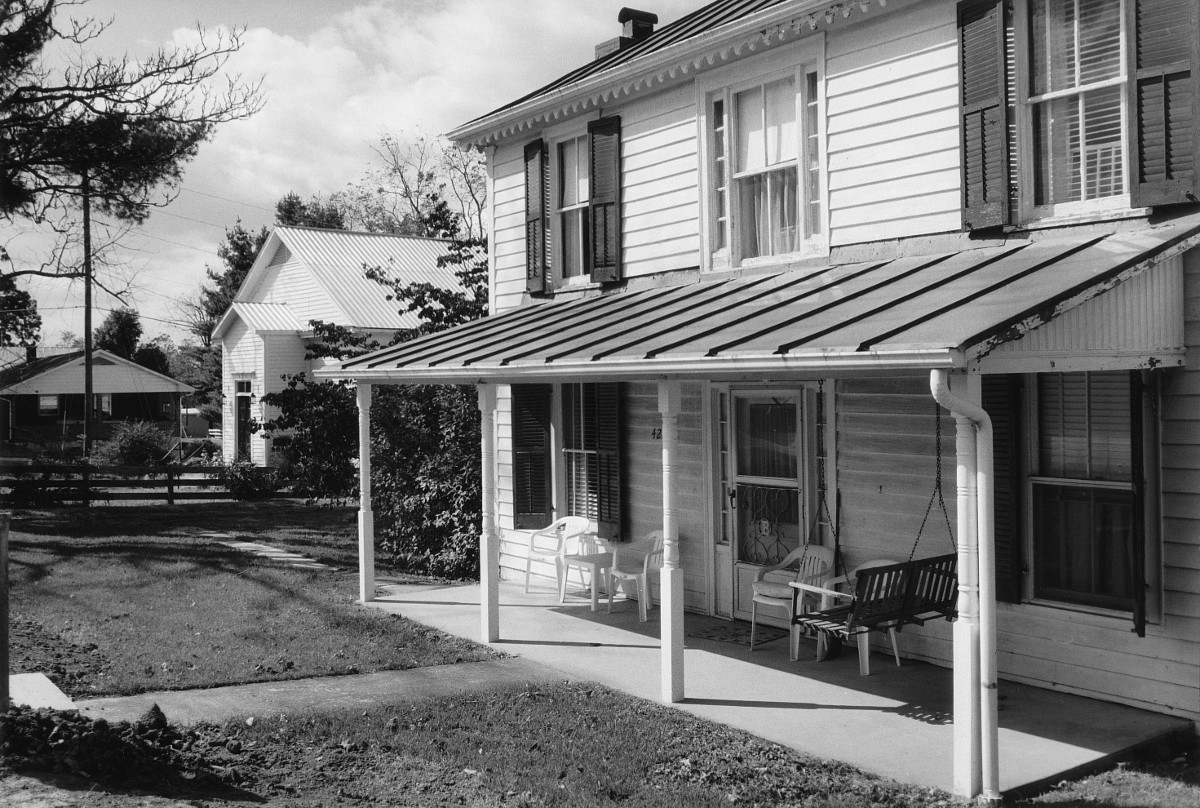 Price’s Fork evolved in the mid-19th century on lands in Montgomery County owned by the Price family. The stringtown settlement developed on the old Pepper’s Ferry Road at a fork with the Brown’s Ferry Road. Although a sprinkling of buildings existed by the Civil War, the linear village’s present buildings date from the 1870s or later. The principal historic structures today are the 1871 James Bain Price House and the adjacent store building. Nearby are the Price’s Fork Methodist Church and the former St. Mark’s Lutheran Church, now in residential use. Both are simple wooden country churches. The district’s western end is marked by a store and house built by another member of the Price family. Numerous large trees formerly gave visual cohesion to the scattered buildings. The historic ambience recently has been severely compromised by road widening and other highway “improvements.”

In 2014, the historic district’s boundary was increased to encompass Price’s Fork Elementary School, built in 1950, and two neighboring houses built in 1940 and 1953. All three properties are associated with the district’s historic development, which extends through the mid-20th century.
[VLR Listed: 6/19/2014; NRHP Listed: 8/25/2014]

The Price’s Fork Historic District was listed in the registers under the Prehistoric and Historic Resources of Montgomery County MPD.