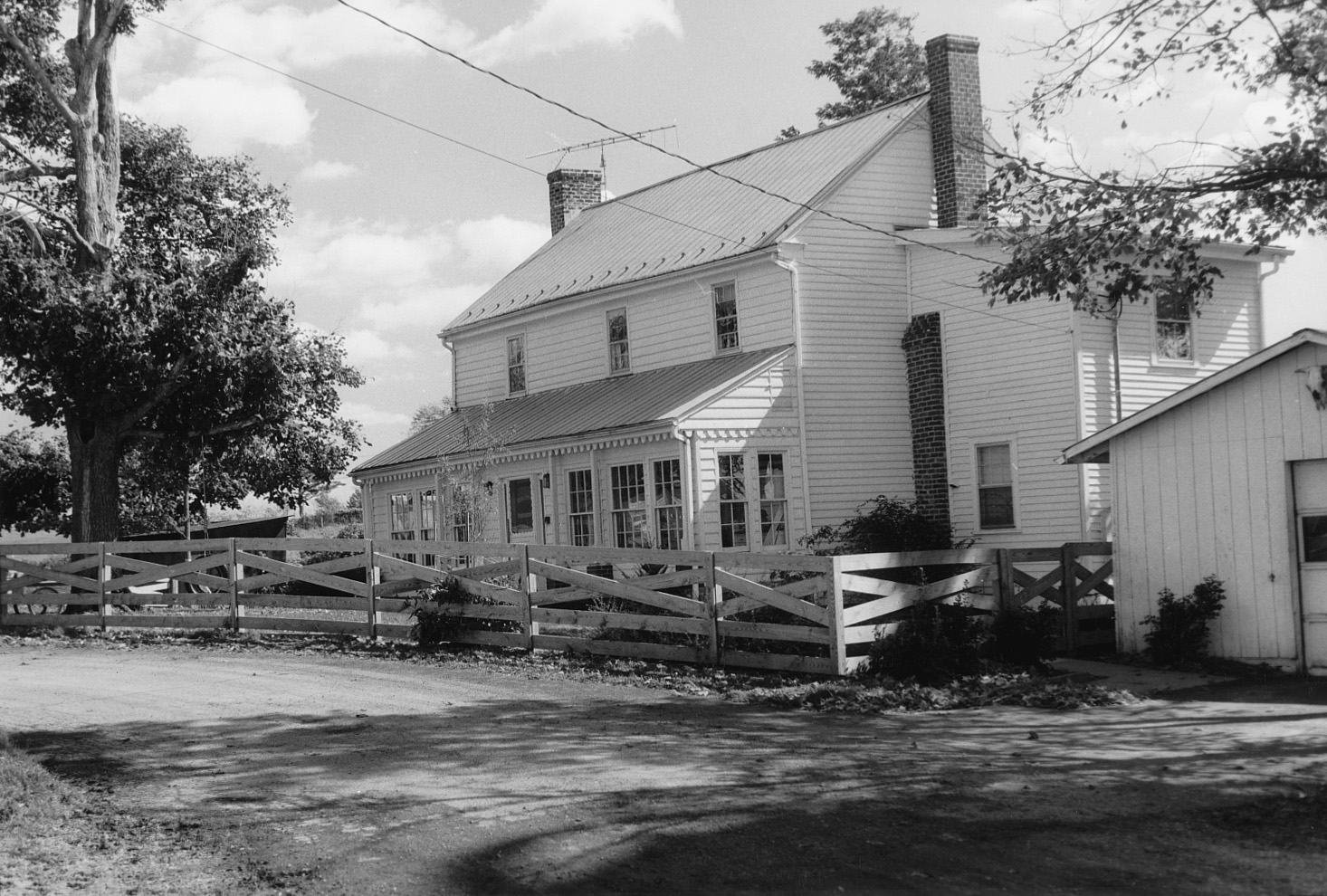 Solidity and permanence are conveyed in the massive logs of this old homestead, one of Montgomery County’s largest early log houses. The two-story, hall/parlor dwelling was built in 1797-98. It originally had a German-style center chimney which was removed in a later alteration. As with most log houses, the logs were hidden by beaded weatherboarding. Though altered in the mid- and late-19th century, and further modified in recent years, the Adam Wall house retains much early fabric including Federal mantels and wide-board wainscoting. It is today the residence for a dairy farm, owned and operated by the Wall family who have owned the property over the past two centuries. While each generation has left its mark, the house is permeated with an aura of antiquity, a monument to family continuity.

The Adam Wall House was listed in the registers under the Prehistoric and Historic Resources of Montgomery County MPD.