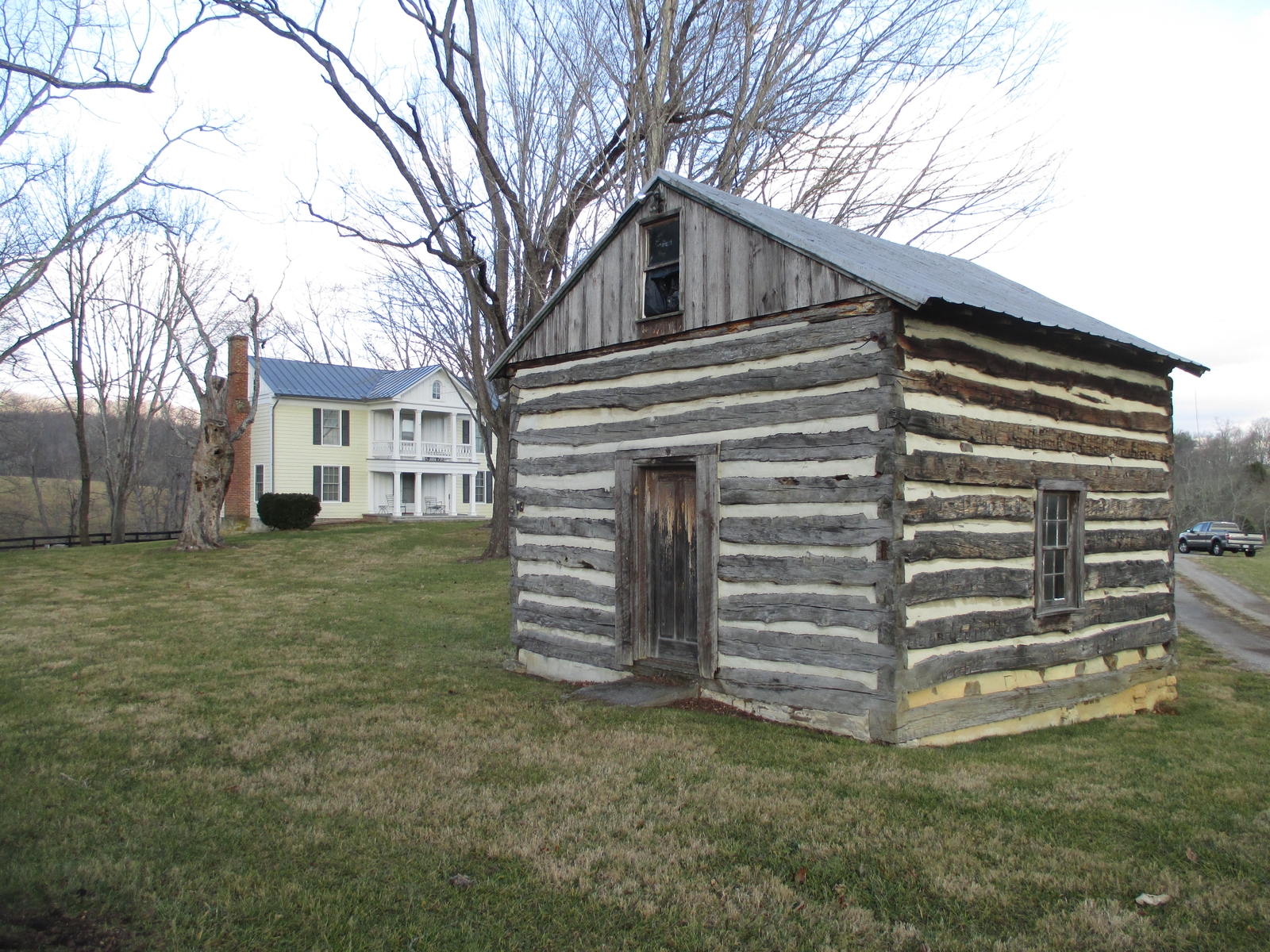 The Slusser-Ryan Farm, also known as Hickory Ridge Farm, highlights aspects of Montgomery County’s agricultural and industrial history from around 1855 to 1880. The centerpiece of the property is a two-story, evolved center-passage-plan house. Character-defining features of the house’s era and region are embodied in its log construction, limestone foundation, brick chimneys, a prominent two-tier front porch with sawn balustrade, and interior woodwork that includes decoratively painted parlor baseboards. Around 1855, James P. Slusser built the earliest portion of the house–a log section with V-notched corners.  A member of a prominent family of farmers and coal miners in the Mount Tabor area during the late 19th and early 20th centuries, Slusser expanded the house around 1870. The property’s historic character is enhanced by domestic and agricultural buildings constructed under Slusser’s ownership during the 1870s including a smokehouse, and wagon barn and a hay barn, among other structures. The property also contains two historic sites: a coal mine and cemetery.