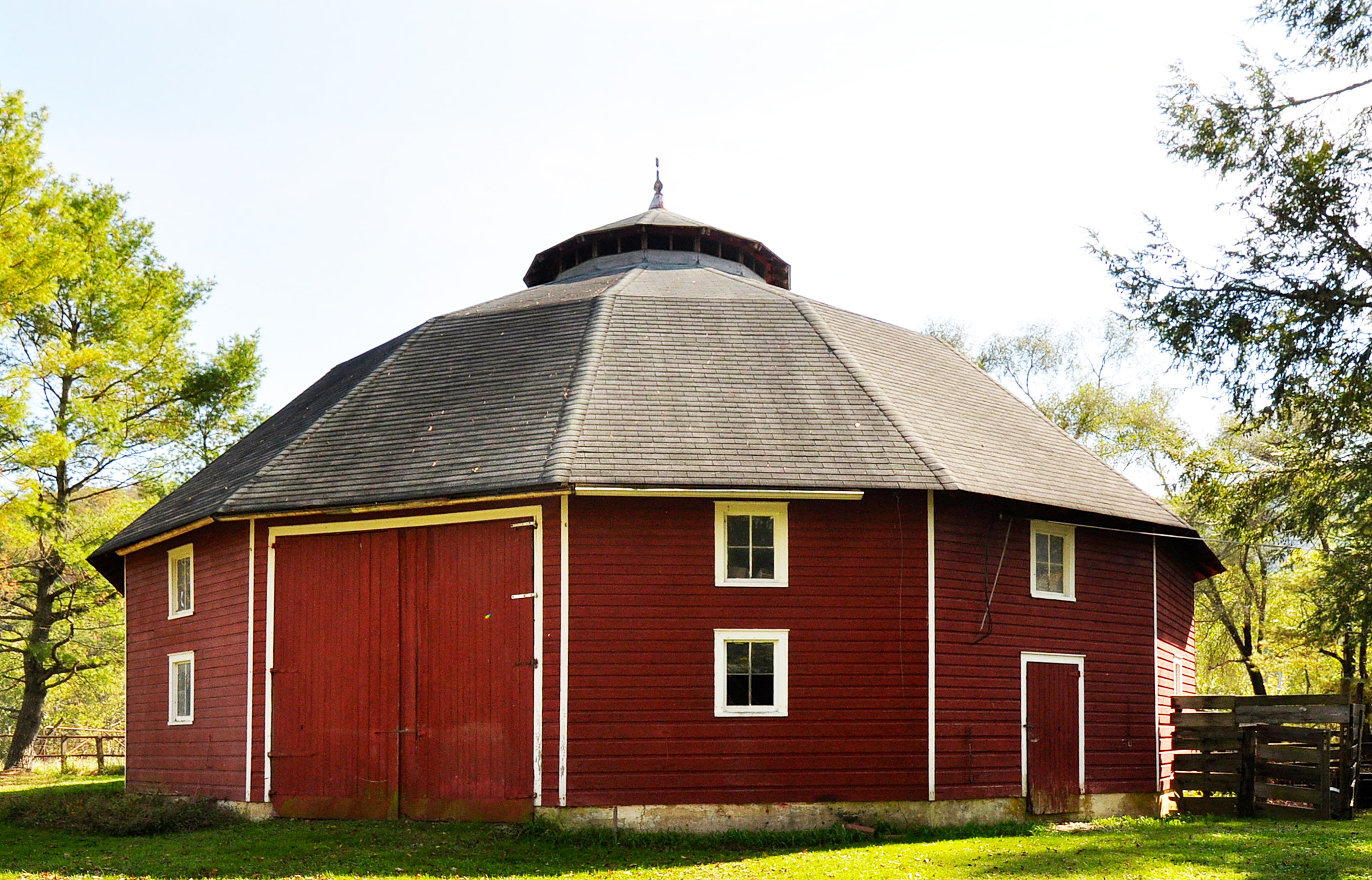 The Blankenship Farm complex in Montgomery County was established in the early 20th century by H. Cephus Reed. The residence is a conventional foursquare dwelling. Highly unconventional, however, is the fourteen-sided barn built by Reed in 1929. The visually striking structure, covered by a spreading faceted roof, was inspired by agricultural writings of the period that espoused the economy of round or polygonal barns. Such barns, it was claimed, were more practical than rectangular barns since less distance between work stations was involved for barn workers, and such structures required fewer materials and took less time to build. Though a reaction to rectangular barns, round and polygonal barns never really caught on. Despite its shape, the Reed barn uses two traditional features, an interior center aisle, and an attached concrete silo.

The Blankenship Farm was listed in the registers under the Prehistoric and Historic Resources of Montgomery County MPD.