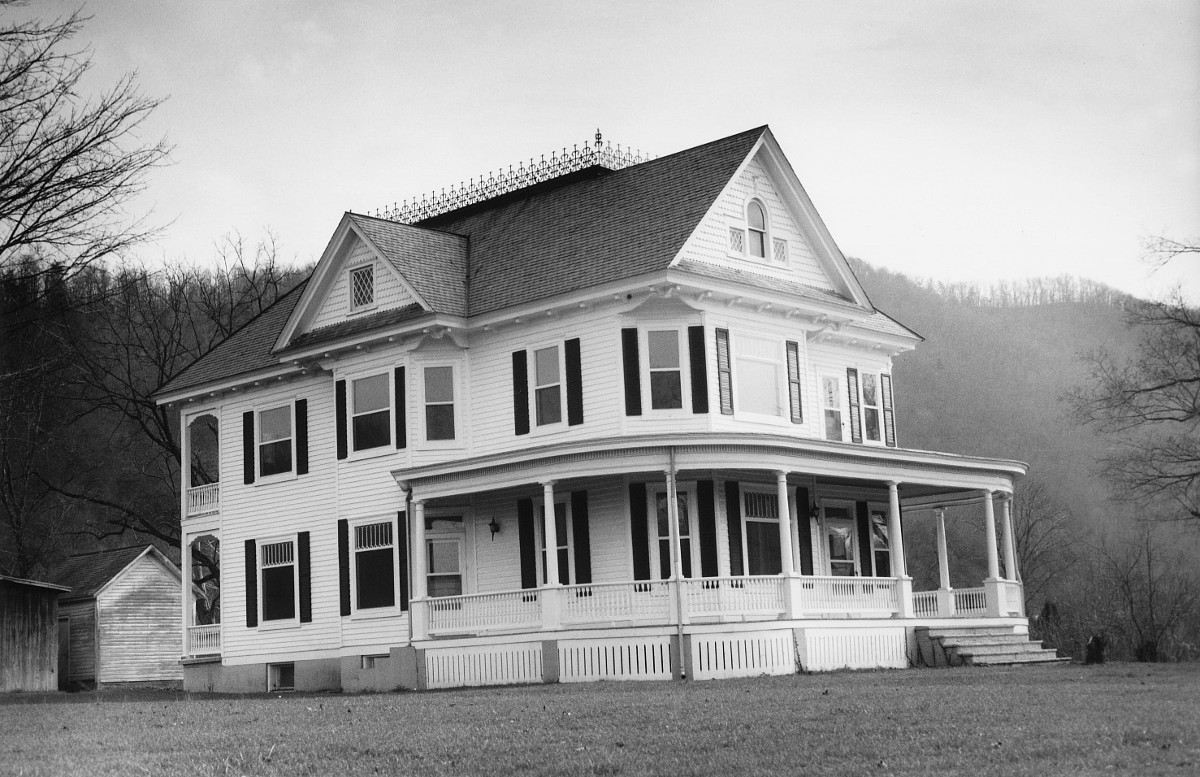 Proudly placed in plain view of travelers along U.S. Highway 11/460, the historic trace to the west, this large frame house was built ca. 1905 for K. M. Rife, a recent arrival to the area from the coalfields of western Virginia. Rife used his new home as a display of his affluence. Little altered over the past ninety years, the house is one of the county’s few textbook examples of the Queen Anne style. Developed in late-19th-century England, the Queen Anne style was a revival of 17th- and early-18th-century vernacular forms. It was given a distinctly American flavor here with the use of weatherboarded walls and a wraparound front porch. The general appearance was likely based on illustrations published in house catalogues. The materials and decorative details were probably purchased by suppliers in Roanoke, then experiencing a building boom.