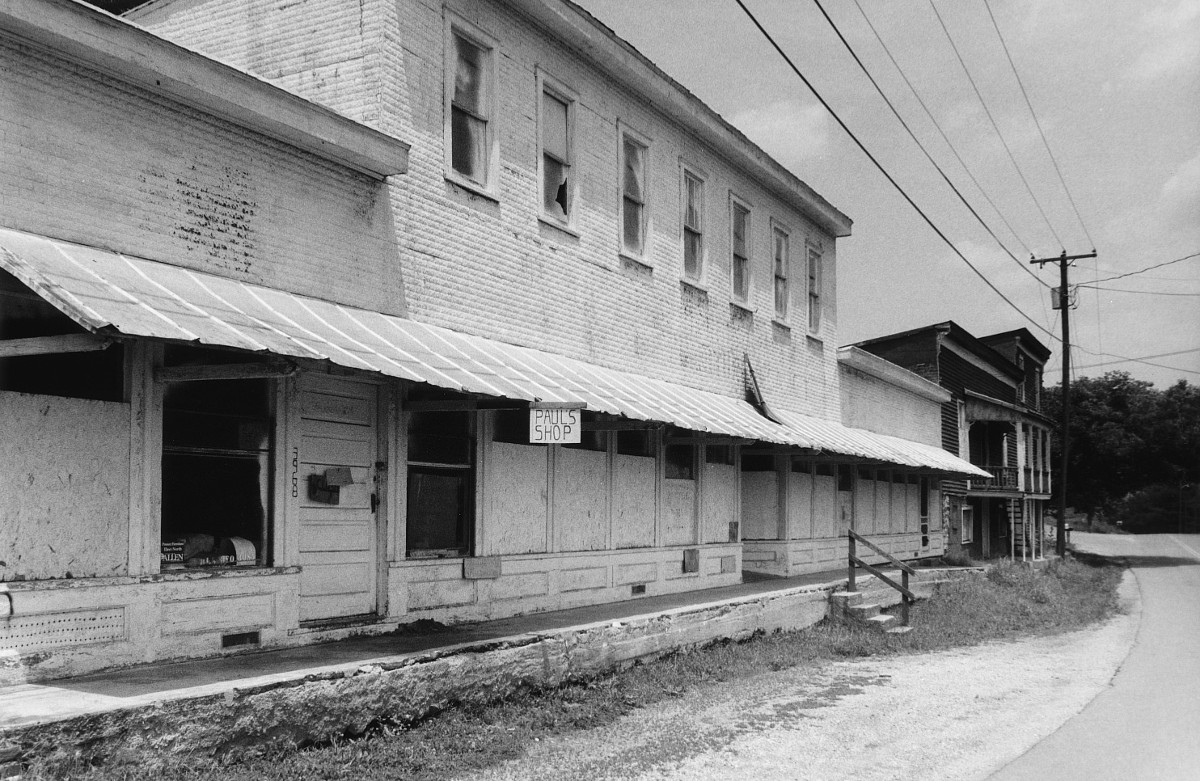 This tiny settlement began in the 1850s as a rail stop for nearby Alleghany Springs. It took its name from Charles B. Shaw, chief engineer for Virginia during whose term the Southwest Turnpike was built through the nascent town. From the 1870s into the 1920s Shawsville developed slowly but steadily, acquiring along a short stretch of turnpike a commercial main street of shops, a general store, dwellings, and a church, all in the vernacular of small-town America. The most architecturally prestigious structure, the Neoclassical-style Bank of Shawsville, was built in 1910. Growth essentially ceased in the 1930s when through traffic was rerouted to the new Lee Highway to the south. Commerce received another blow in the 1970s when the depot closed and later burned. The town’s remaining fabric, now largely idle, is an interesting though plaintive vestige of a community that was.