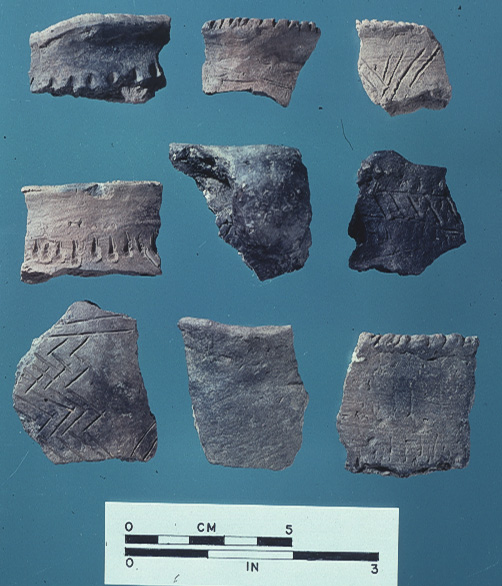 Stroubles Creek Archaeological Site, located along the south bank of the New River, just west of its confluence with Stroubles Creek, contains the remains of an Indian village occupied during the Late Woodland period between AD. 1200 and AD. 1500. Favorable soil conditions have promoted the preservation of plant and animal remains to enable the study of prehistoric subsistence practices, including the development of maize-based horticulture. The well-preserved archaeological materials from this concentrated village also provide valuable information on prehistoric social life, such as regional mortuary practices and cultural interactions between local Siouan-speaking communities and other Indian groups to the north and south. First investigated in 1968 by Virginia Polytechnic Institute and State University, archaeological excavations in 1993 by the College of William and Mary indicate much of the site still remains preserved at what is now the Radford Army Ammunition Plant.
[VLR Listed Only]