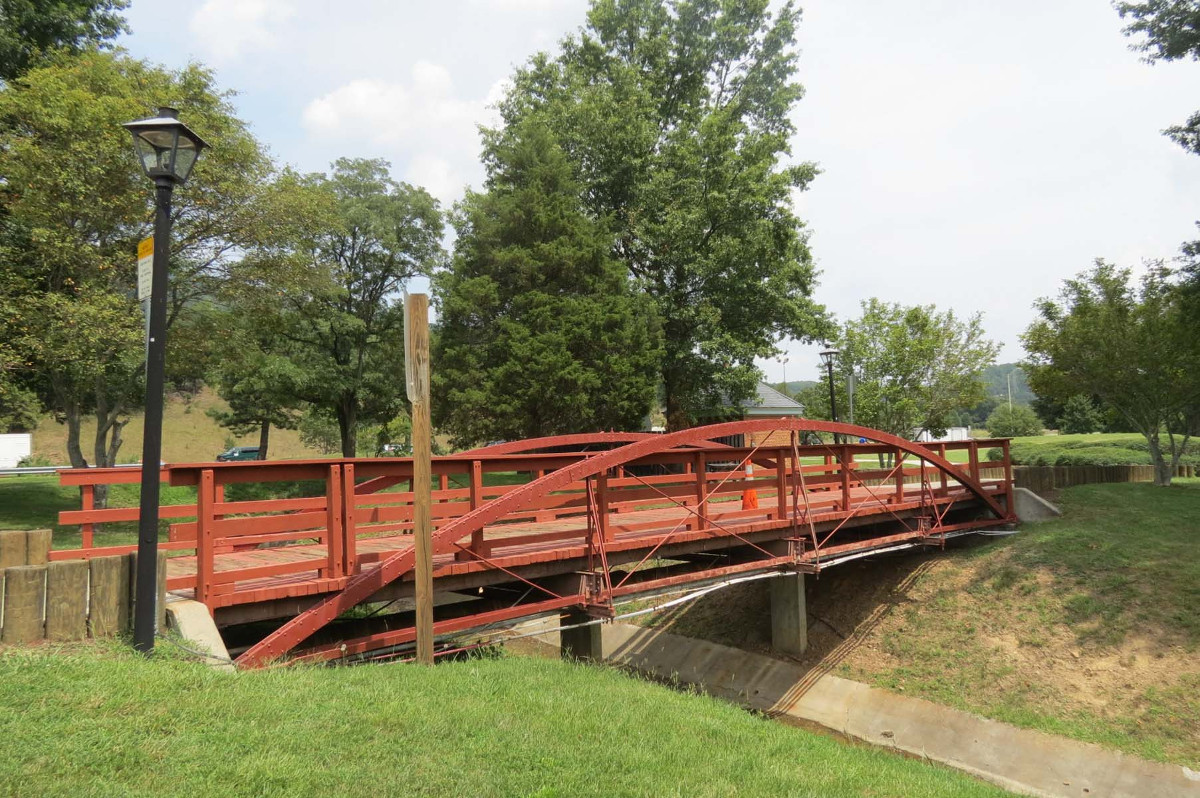 The Bowstring Truss Bridge, fabricated by the King Iron Bridge and Manufacturing Company of Cleveland, Ohio, was originally erected over Stony Fork in Bedford County in 1878 after flooding destroyed an earlier structure in 1877. The county contracted with the manufacturer to replace six bridges destroyed by that flood with the “latest improved patent of Wrought Iron arch bridges.” Of those six bridges, all of the same tubular arch truss design, only this one survives. By the 1930s, the bridge was relocated approximately 10 miles away from its original location. It was moved again in the 1970s by the Virginia Department of Transportation to its current location at the Ironto rest stop on Interstate 81, in Montgomery County.