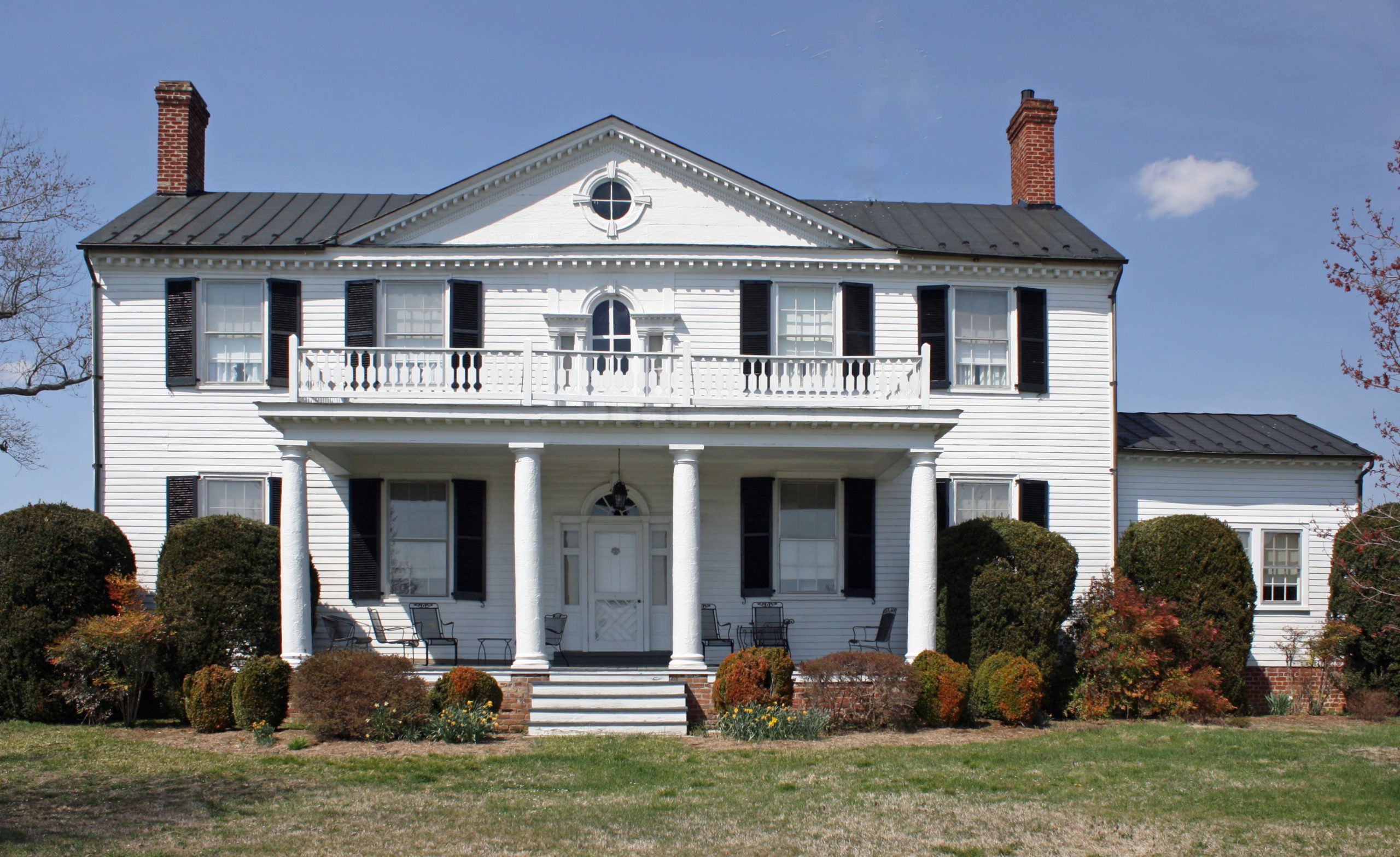 One of several substantial and well-fashioned Cabell family houses in the Piedmont region, Soldier’s Joy was built in 1783-1785 and enlarged in 1806. Samuel Jordan Cabell, for whom the house was built, was a Revolutionary War officer and served as the Republican congressman of the district from 1795 to 1803. Although its early-19th-century wings were reduced in size in this century, Soldier’s Joy remains one of the most ambitious of the Cabells’ building efforts. The late Georgian dwelling with its pedimented roof has stately proportions and decorous interior detailing, much of which was added when the house was enlarged. Lending additional interest is extensive documentation, including the detailed contract of the builder, James Robards. The woodwork of the dismantled ballroom wing, executed by James Oldham, is now displayed in the Cincinnati Art Museum.  Soldier’s Joy is one of several individually listed properties in the Norwood-Wingina Rural Historic District in southern Nelson County.