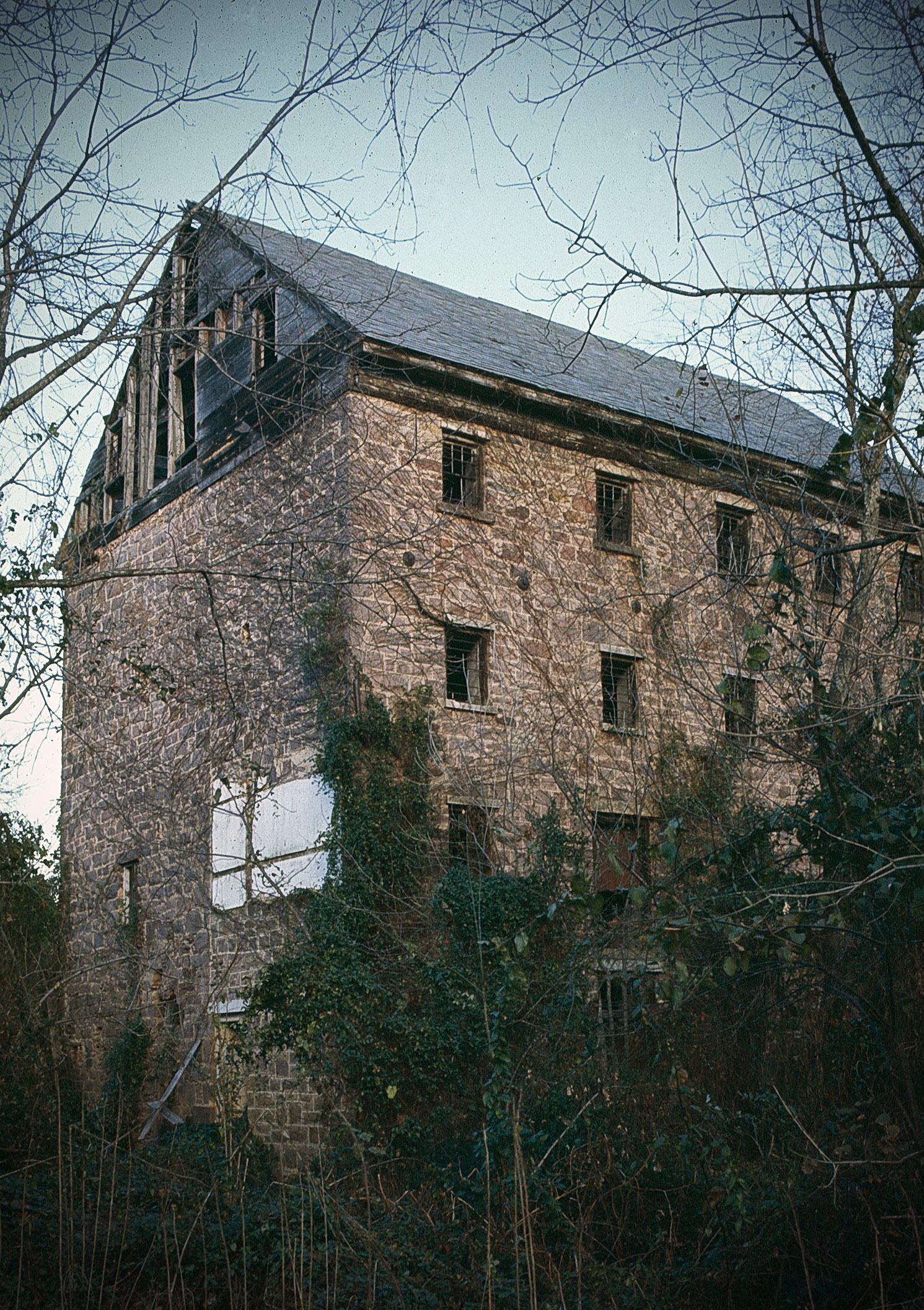 So named because of its situation on the James River midway between Richmond and Lynchburg, this prodigious stone structure was built in 1787 for William H. Cabell, governor of Virginia from 1805 to 1808. According to tradition, the mill was constructed by Italian shipbuilders stranded in Virginia after the cancellation of a ship construction project. During the mid-19th century the mill became a familiar landmark for travelers on the adjacent James River and Kanawha Canal. The canal traffic prompted the establishment of a small settlement here to serve the passengers and boatmen. Midway Mill remained in operation until ca. 1925. Although one of Virginia’s finest historic mills, at the time of its listing the deteriorating structure stood vacant and unmaintained for several decades. Dismantling of the mill began in early 1999, and it was delisted in 2001.