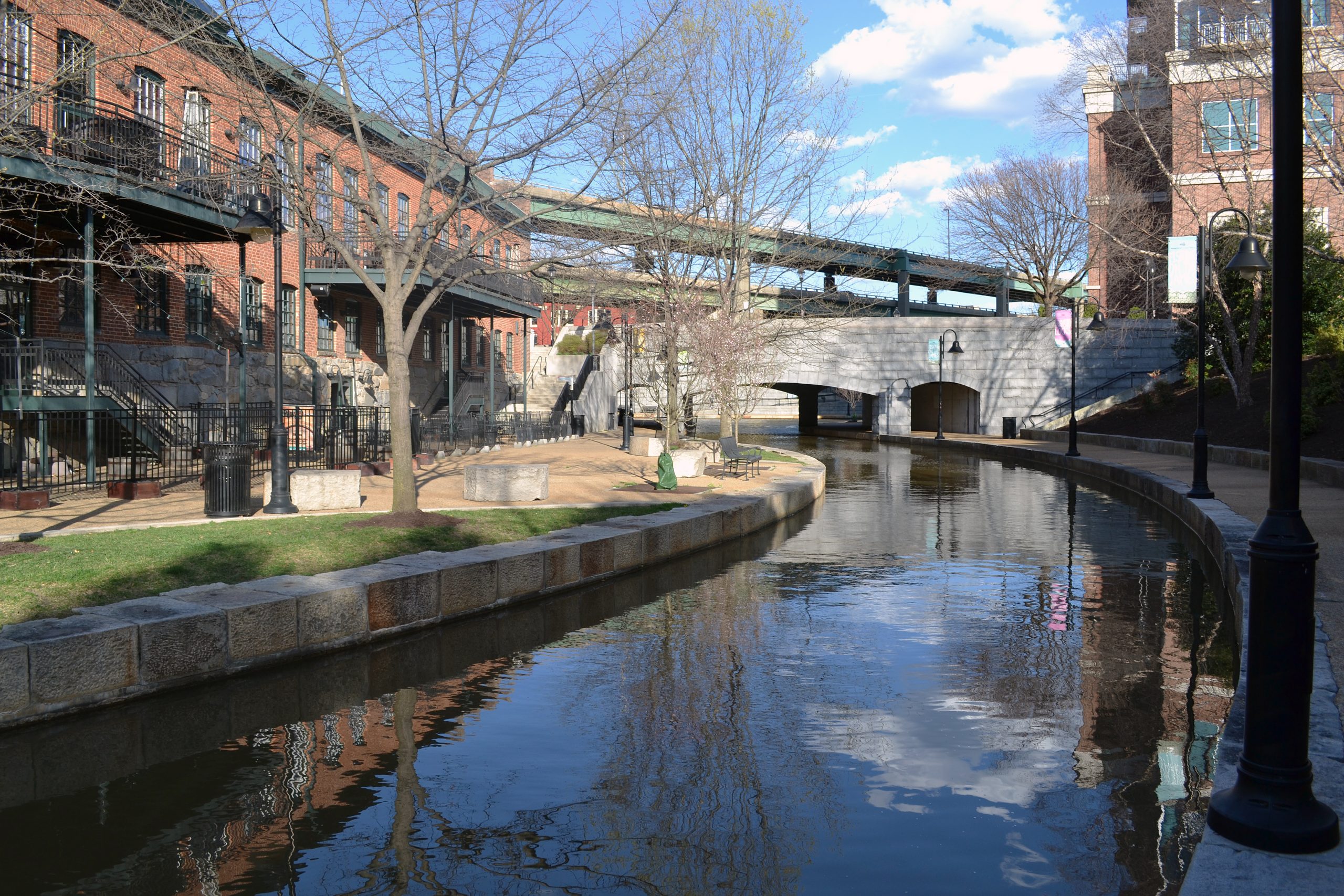 The linear James River and Kanawha Canal Historic District includes the canal route from the Great Ship Lock in the east end of the city of Richmond to Bosher’s Dam in western Henrico County. The parent James River Company was founded in 1785 with George Washington serving as honorary president. In 1835 the James River and Kanawha Canal Company was formed from the original company to connect the James with the Kanawha River and thus provide a navigation system to the Ohio and Mississippi rivers. A system of basins, locks, and docks was built through downtown Richmond in the 1850s. The canal operated until 1880 when it was purchased by the Richmond and Alleghany Railway Company. Although much of the system has been built over, its course can still be traced through the city.