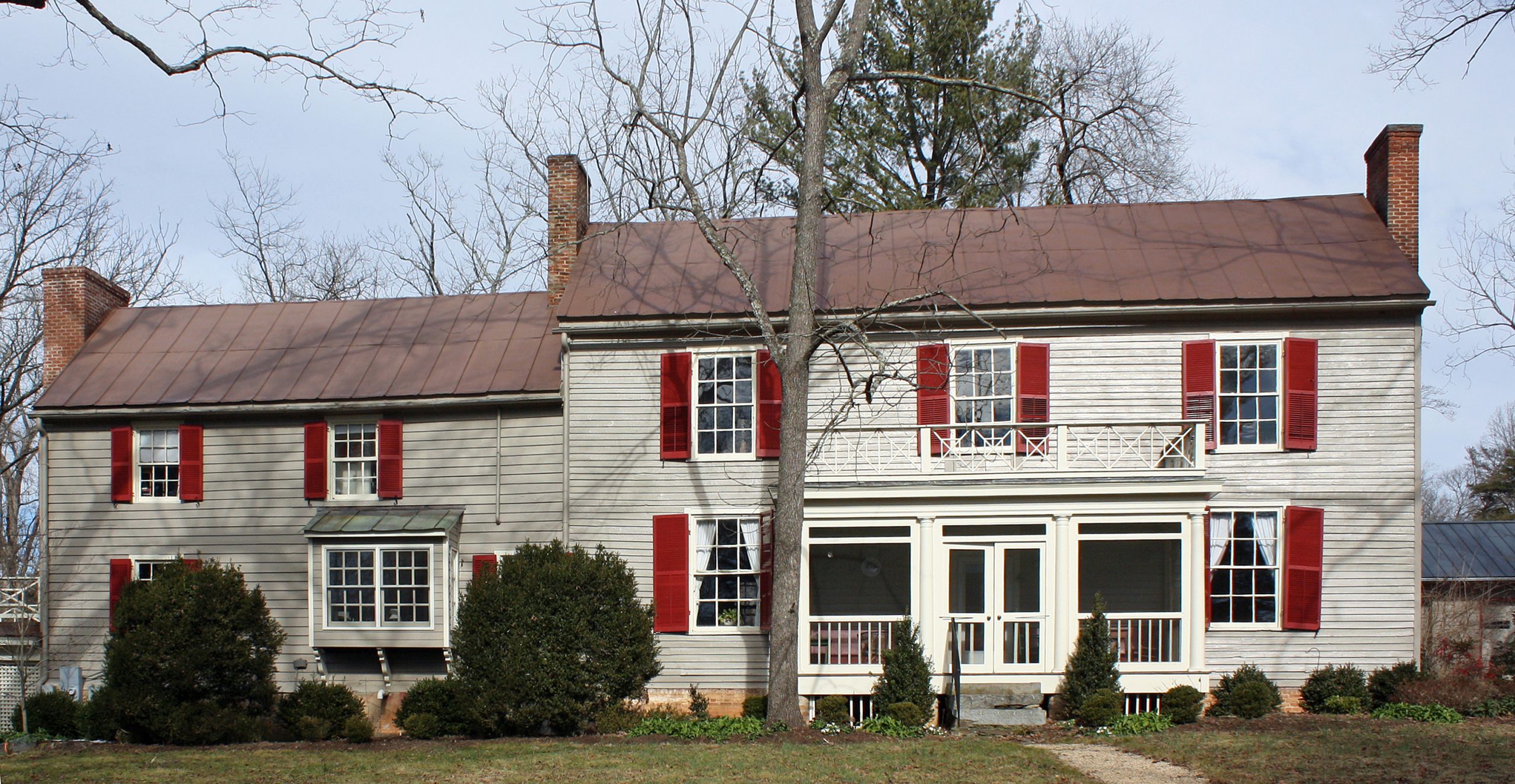 The Rock Cliff estate is noteworthy in part for its history pertaining to the medical profession. Built circa 1840 and 1882, Rock Cliff’s current 692-acre property, located in the Norwood-Wingina Rural Historic District, dates to a much larger 1738 land patent by Dr. William Cabell (b. 1699). The doctor was the first Englishman to permanently settle the mountainous region along the James River west of the mouth of the Rockfish River. At his death in 1774, Cabell owned 60,000 acres. One of Cabell’s direct descendants, Dr. William Andrew Horsley, built Rock Cliff, and today this is the only dwelling continuously owned and occupied by Cabell descendants on the historic patent. Additionally, Horsley’s small office building where he examined patients still stands on the property. Rock Cliff is also significant for its association with Horsley’s grandson, Dr. William Andrew Horsley Gantt, born there in 1892. Dr. Gantt worked with physiologist Dr. Ivan Pavlov from 1925 to 1929 in Leningrad, and later established a Pavlovian laboratory at Johns Hopkins University. In 1946 he received the prestigious science and medical field’s international Lasker Award, and was nominated for, but did not receive, the Nobel Prize in Medicine in 1970. In March, 1865, Rock Cliff also witnessed Gen. Philip Sheridan’s Union forces entering the area and raiding the property, as described by Dr. Horsley’s daughter in a diary.