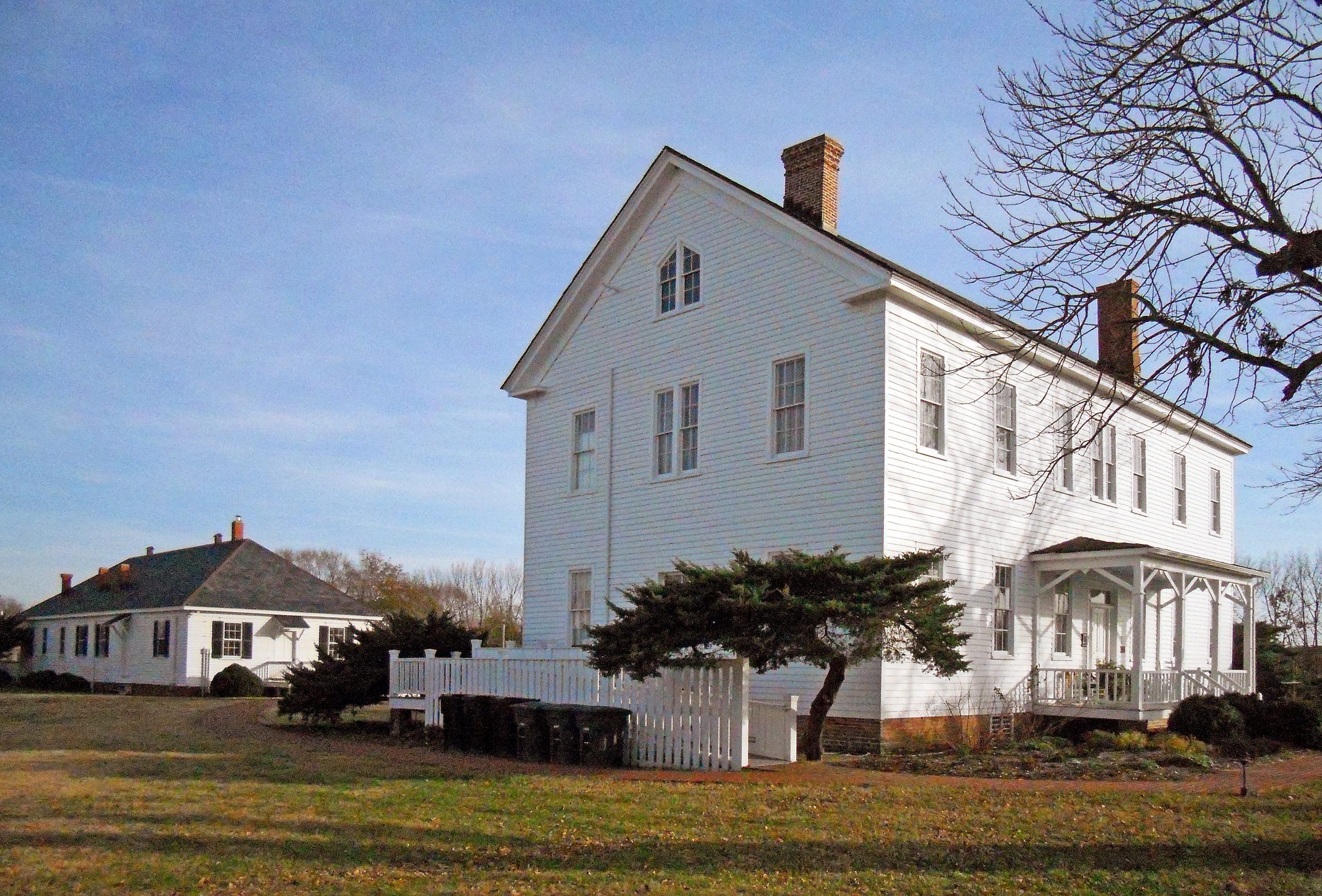 Almshouse Farm at Machipongo is a complex of five contributing buildings dating from 1725 to the early 20th century. The 17-acre site was used continuously as an almshouse farm between 1803 and 1952. The oldest structure, a brick farmhouse built around 1725 with a wood-frame section added later, predates the property’s use as a poorhouse. A simple vernacular Greek Revival two-story building (foreground above) was constructed about 1840 as the almshouse with eight rooms on the first floor and 13 “guestrooms” on the second floor. In 1910, a single-story frame building (background above) with 10 guestrooms was built to serve as a poorhouse for African Americans. There are also two contributing sheds on the property. While most almshouses were closed throughout the state by the 1920s, Northampton County’s remained open until 1952.