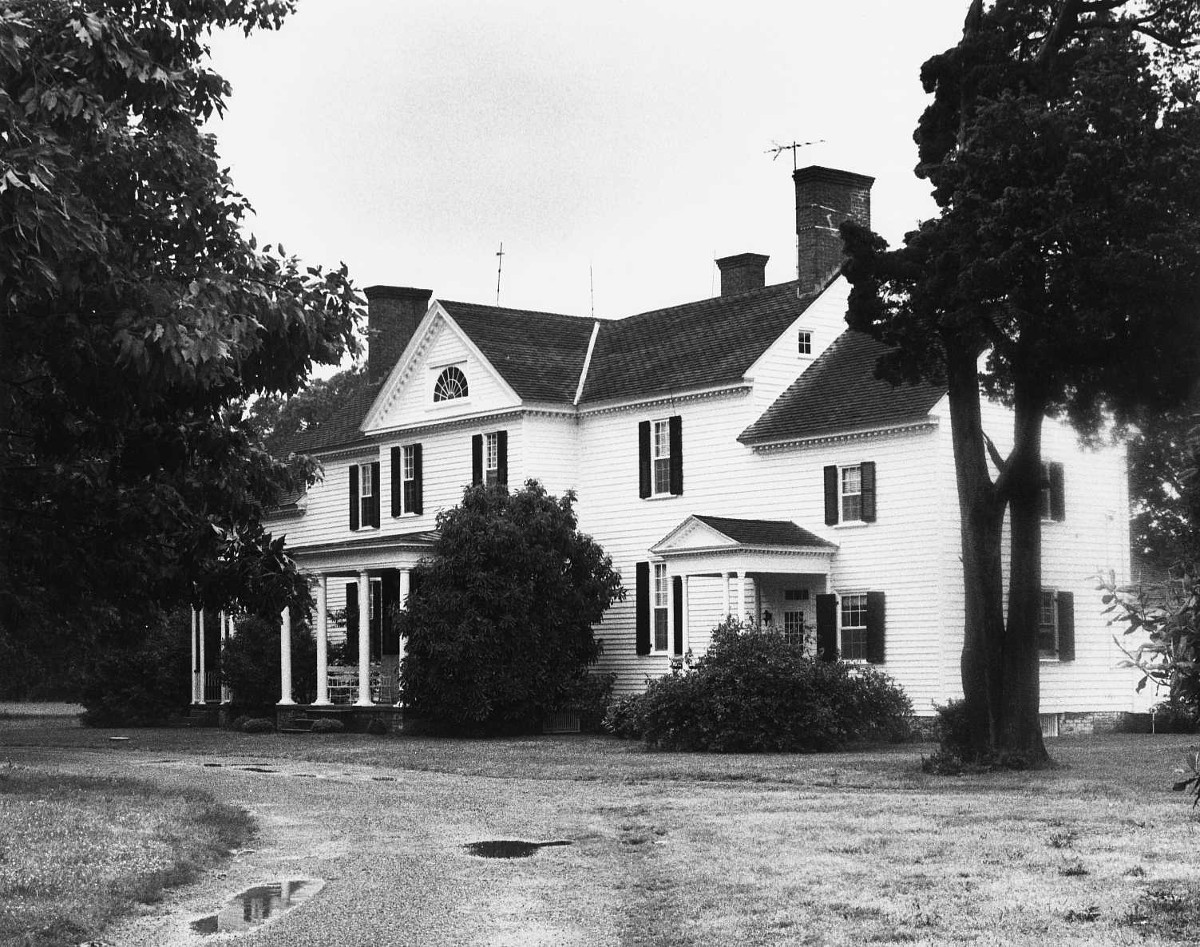 Kendall Grove takes its name from George Kendall who in 1784 left the property to his fiancee, Margaret Eyre of Eyre Hall. In 1786 Miss Eyre married George Parker, member of a distinguished Eastern Shore family, who served in the Virginia Convention of 1788, and later was a judge on the Virginia General Court. The present house, built for the Parkers around 1813, is one of the Shore’s important group of architecturally sophisticated Federal plantation houses. The exterior is marked by a pedimented central pavilion and modillion cornices. Inside are plaster cornices, reeded door frames, paneled wainscoting, and Federal mantels, all illustrating how Eastern Shore gentry adapted urban fashions for high-style country residences. A long, low passage, or “colonnade,” connecting the house to the kitchen is a feature indigenous to the region. Adjacent to the colonnade is a row of three original pyramidal-roof outbuildings.