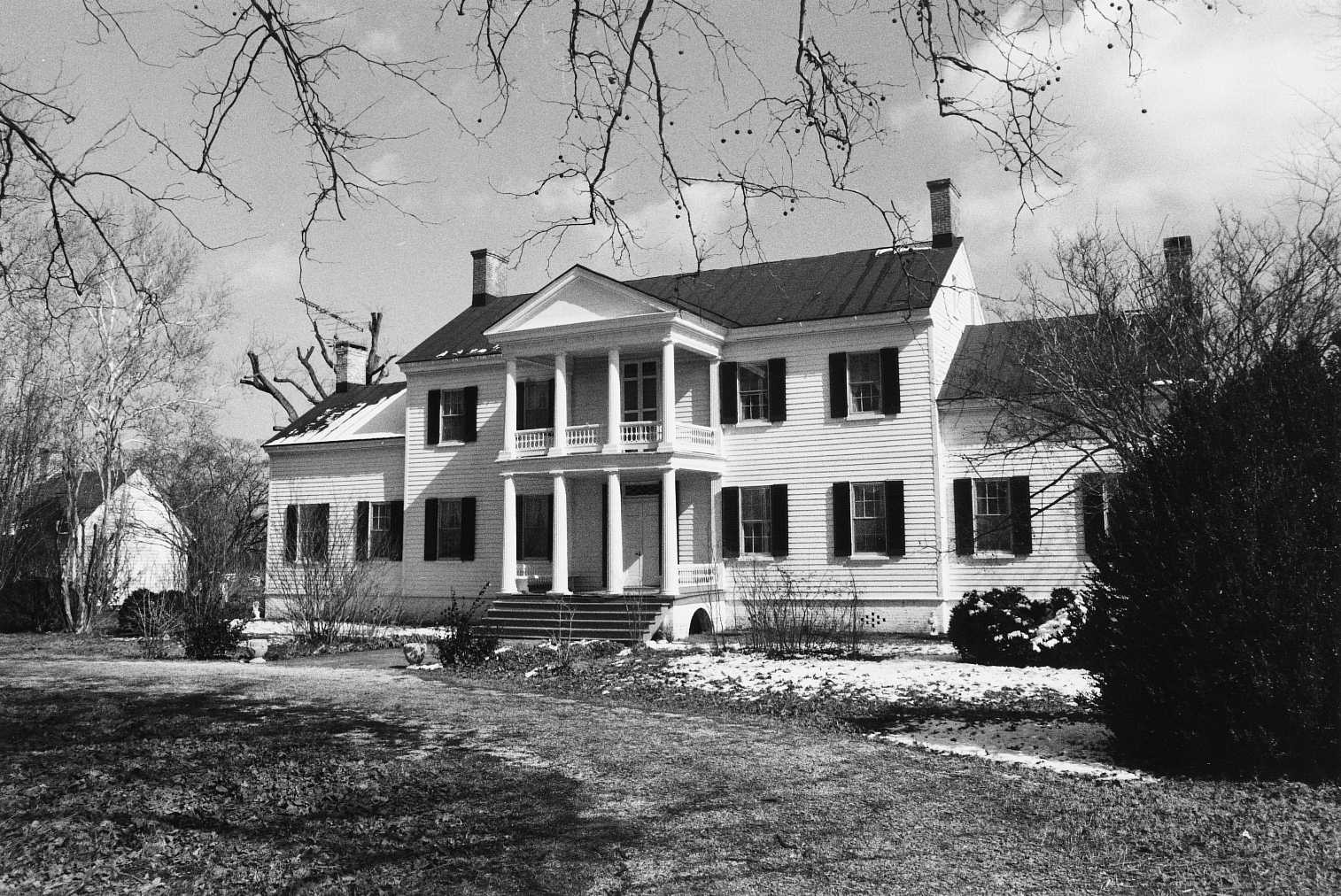 Wheatland was built in 1840 as the centerpiece of a 1,300-acre plantation. One of the Northern Neck’s most sophisticated antebellum houses, Wheatland was originally the home of Dr. William Hopkins Harding, a wealthy physician and planter who served in the General Assembly. Except for wings added in 1848, the dwelling is little altered and exudes a stately air with its regular five-bay facades and nearly identical two-tiered Doric porticos on the land and river fronts. Inside is bold, provincial Federal- and Greek Revival-style woodwork as well as a finely detailed Greek Revival parlor ceiling medallion echoing a design in Asher Benjamin’s The Practice of Architecture (1833). The house is set off by four symmetrically arranged original outbuildings linked by a series of early walkways. An impressive tree-lined driveway leads across level fields to the entrance.