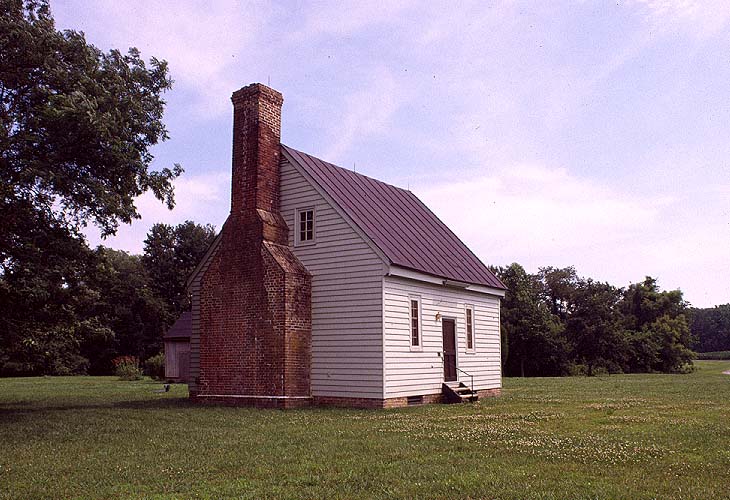 The two-room-plan Claughton-Wright House is a rare surviving example of a diminutive dwelling type that was once a common element of the Tidewater Virginia landscape. Nearly all such small, well-built, and expensively finished dwellings of prosperous but unpretentious planters have either disappeared or have been engulfed in later enlargements. The house was constructed ca. 1787 by William Claughton, owner of some 422 acres and an officer in the local militia. Claughton’s daughter Kitty and her husband James Wright remodeled the interior ca. 1827. Little changed since then, many of the 18th- and early 19th-century details survive. A striking feature is the massive brick chimney with its glazed-header Flemish bond and tiled weatherings. The house long stood abandoned but has undergone a careful restoration. The archaeological sites of various outbuildings likely remain nearby.