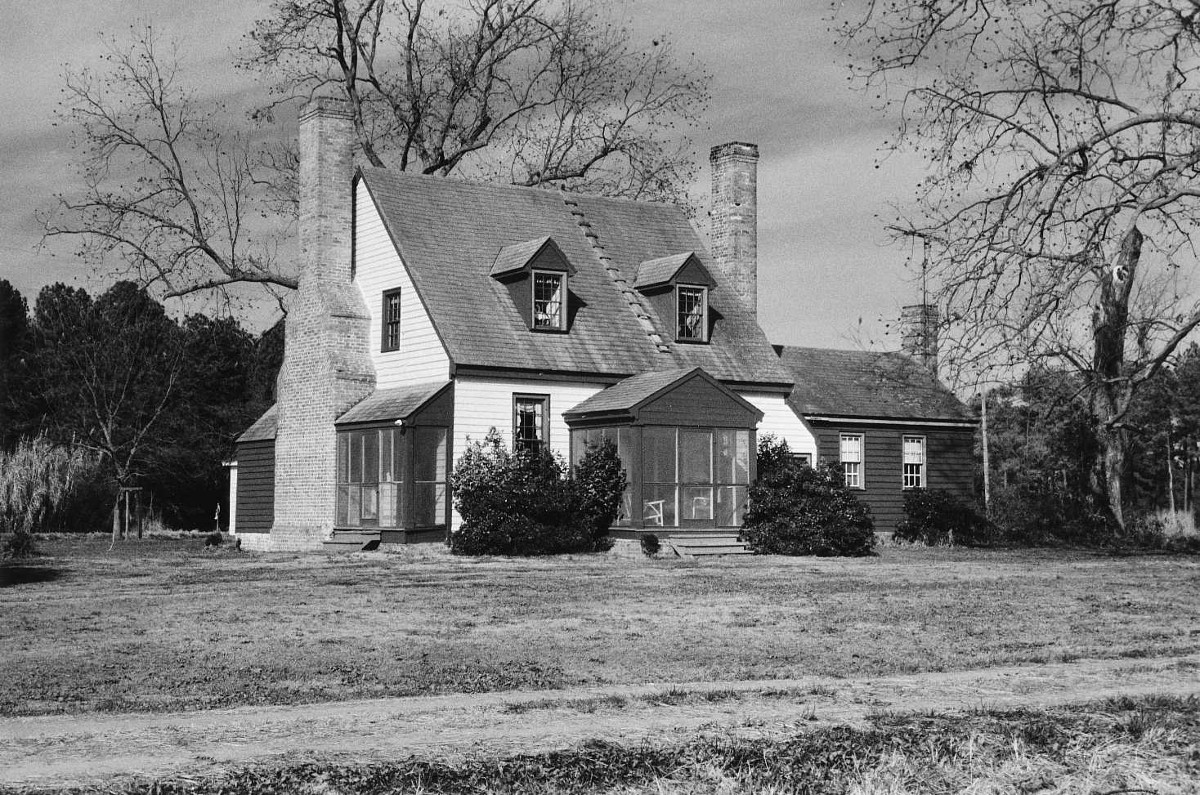 Contrasting with the stately brick dwellings of colonial Virginia’s leading landed families, Hurstville represents the type of dwelling favored by the lesser gentry of the period. The property is part of a 1651 grant to John Waddy. The present house most likely was built soon after 1776 when the land was acquired by Thomas Hurst. The dwelling is noteworthy for its rare four-room plan and for its large south chimney, an excellent example of 18th-century Virginia brickwork. In addition to the glazed-header Flemish bond, the chimney features the infrequently employed device of tumbled courses. In 1940, Hurstville was purchased by the noted philanthropist, Jessie Ball duPont, who had the house restored as a residence for her sisters. Scenically located on a tidal creek with a view of the Chesapeake Bay, Hurstville preserves its 18th-century riparian ambience.